Analytical Chemistry
Science of the Future 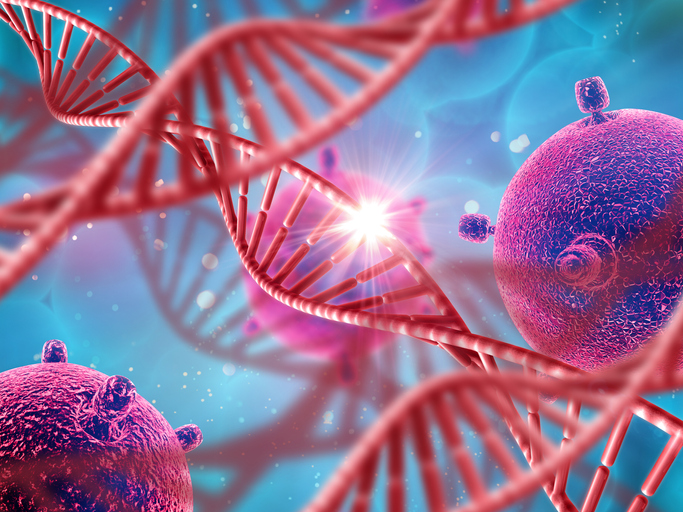 A new strategy allows the direct detection of ultralow levels of target-DNA while simultaneously enabling excellent discrimination of single nucleotide polymorphisms (SNPs). We are moving into a new era of precision medicine where clinical decisions are based on our ever-increasing knowledge of the molecular causes of disease. To support this, we will need increasingly sensitive techniques that can detect specific DNA sequence alterations (single nucleotide polymorphism - SNPs) – as well as discriminate and quantitate these within complex mixtures containing thousands of copies of the normal gene sequence. For example, if we can accurately and reliably detect trace levels of mutated tumour DNA within a blood sample, this could enable the earlier detection of cancer before metastasis occurs.

The most common methods that are currently for SNP detection involve DNA amplification, usually using the polymerase chain reaction (PCR). However, this step can be susceptible to contamination or amplification bias, limiting its detection and quantification accuracy. So the development of new methods that can provide rapid, ultrasensitive SNP detection without the need for PCR amplification would be highly advantageous. Over the past two decades, several new DNA sensing methods have been reported – but most display either relatively low SNP discrimination and/or insufficient sensitivity, limiting their potential for use in real-life applications.

In a new study, researchers develop a sensitive new method combining magnetic nanoparticles (MNPs) capture and poly-enzyme nanobead amplification for detecting and discriminating SNPs.1 The technique uses an MNP linked capture-DNA and a biotinylated signal-DNA to sandwich the target followed by ligation to offer high SNP discrimination: only the perfect-match target-DNA yields a covalently linked biotinylated signal-DNA on the MNP surface for subsequent binding of a covalently linked horseradish peroxidase conjugate (NAV-HRP) for signal amplification. To further improve sensitivity, the assay also incorporates a powerful signal amplification strategy involving polymer nanobeads each tagged with thousands of copies of HRPs, allowing for direct, amplification-free quantification of minute levels of target DNA.

The team tested their new sensing strategy to detect mutations in the KRAS gene, which is commonly mutated in many different cancers – including bowel, pancreatic and lung. The researchers used it to test for three target DNAs: the normal sequence (17C), and two common cancer mutations: 17C to T and 17C to A. The researchers showed the new technique offers excellent discrimination between the perfect-match gene and its cancer-related SNPs and can detect 1 fM of the normal DNA even in the presence of 100-fold excess of the SNP targets – a level of specificity among the very best sensors reported so far. They also demonstrated that the method works robustly in clinically relevant situations – in samples containing 10 percent human serum.

The researchers used sterilized ultrapure water generated by an ELGA PURELAB® flex water purification system throughout all experiments, reducing the risk of introducing contaminants that could affect the success of these highly sensitive techniques.This new ultrasensitive DNA sensor appears to have excellent potential for rapid detection and diagnosis of genetic diseases. Future work will now focus on extending this method to ultrasensitive detection of cancer-related SNPs and explore its application in clinical samples.

We are the LabWater Specialists, for over 80 years we have been working with scientists to guarantee pure and ultrapure water for their experiments and lab work. Laboratories around the world trust our water purification systems to help their researchers to achieve accurate, reliable results.