Last Updated
September 9 2021
ICP-MS is the most sensitive way of determining multiple elements in liquids. Solutions are atomised and ionised in a high energy plasma and the resulting ions measured by mass spectrometry. ICP-OES uses the light emitted from the plasma to determine the elements present.
Impact of Water
Impurities
Products

Inductively Coupled Plasma Mass Spectrometry (ICP-MS) is the most sensitive technique available for the general determination of multiple elemental concentrations in liquids. Compounds are atomised and ionised in a high temperature plasma and the resulting ions measured by mass spectrometry.
Inductively Coupled Optical Emission Spectroscopy (ICP-OES) uses the light emitted from the plasma to determine the elements present.

How do ICP-MS and ICP-OES Work?

In both ICP-MS and ICP-OES the sample, in solution, is introduced into a plasma as a fine spray. The high temperature plasma is produced in a flow of inert gas, typically argon, by a high intensity radio-frequency energy field. The droplets are vaporised and converted into the constituent atoms/ions. These emit light at characteristic wavelengths which are measured in ICP-OES. Alternatively, in ICP-MS, the ions can be extracted into a mass spectrometer and their charge ratio and abundance measured.

What are ICP-MS and ICP-OES used for?

Both ICP-MS and CP-OES are best used to determine multiple elements in the same sample. The sample must be in solution. ICP-MS has a major advantage in higher sensitivity, with detection limits down to less than 1ppt (ng/L) in many cases, whereas ICP-OES limits are typically low ppb (µg/L). Both are used most frequently for trace metal analyses. Neither can be used to determine halogens and many non-metals. Depending on the design of the instrument, results for all the elements selected are produced simultaneously or very rapidly sequentially.

Why would you use ICP-MS or ICP-OES?

ICP-MS and ICP-OES are by far the best techniques for multi-elemental analysis of solutions. ICP-MS is used essentially for its sensitivity, speed and wide linear range, minimising the need for recalibration for different concentration ranges. This is particularly useful in survey analyses of unknown samples. The high sensitivity is also very effective when only micro-samples are available as in in-vivo studies. ICP-OES is used when high reproducibility is more important than extremely high sensitivity. For example, it can be used to accurately measure metal alloy compositions.

Types of ICP-MS and ICP-OES

The alternative instruments for both techniques differ mainly in what type of detector is used. The mass spectrometers used in ICP-MS range from relatively cheap quadrupoles with single mass number separation to high-resolution mass spectrometers capable of separating nearly identical masses.  For ICP-MS the limited resolution is usually adequate. The spectra in ICP-OES are relatively complicated and a higher resolution spectrometer is a definite advantage, especially when analysing complex solutions.

What is the impact of water purity on ICP-MS and ICP-OES?

To avoid inaccurate results in ICP-MS all reagents and solvents, especially water used in the preparation of blanks, standards and samples, must be free from even trace amounts of the elements being determined as well as any other impurities that could potentially interfere by affecting the ionisation in the plasma or overlap with the masses being measured. Being less sensitive, ICP-OES is less prone to these interferences but, due to the complex emission spectra produced, spectral overlaps are more common so water purity is vital.

What are the water purity requirements for ICP-MS and ICP-OES?

1. Ions
The key requirement for accurate analysis is ensuring virtually zero levels of the elements of interest.  Any impurities can result in contamination of samples, standards and blanks causing errors. Higher levels of other ions can cause matrix effects, also affecting accuracy.

2. Organic Compounds
Organic compounds can stick to the walls of the sample introduction system causing drift and variability. They can also interfere by producing ions with masses close to the elements of interest and by affecting the ionisation efficiency of the plasma.

How does ELGA solve water purity problems for ICP-MS and ICP-OES?

ELGA’s expertise and long-established reputation ensure that its experienced team can help customers to determine the particular water purity requirements for their applications. The Company offers a number of water purification systems that have been proved to meet the requirements for ICP-MS and ICP-OES. For example, the bench-top PURELAB range of point-of-use systems consistently deliver ultrapure water of 18.2 MΩ.cm (Type 1/1+). This ionic purity is guaranteed by the advanced PureSure deionization system.

The very high sensitivity of ICP-MS and ICP-OES makes it essential to ensure that the water used to prepare blanks, samples and standards does not introduce contamination. The use of Type 1 or Type 1+ is critical. The ELGA PureSure system is a particularly effective way to ensure the absence of ionic impurities. 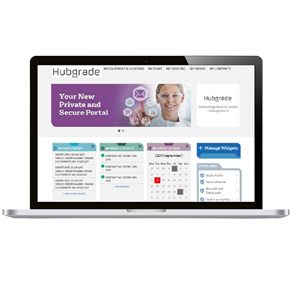 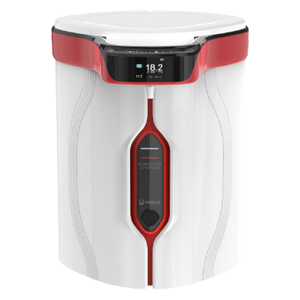 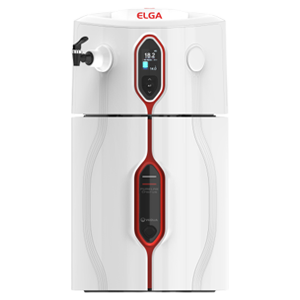 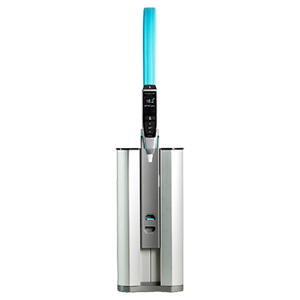 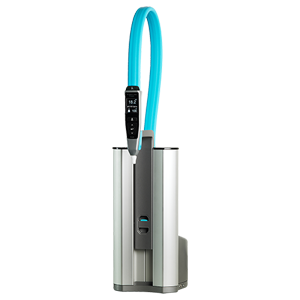