Tooth Enamel – Offering A Window Into The Past 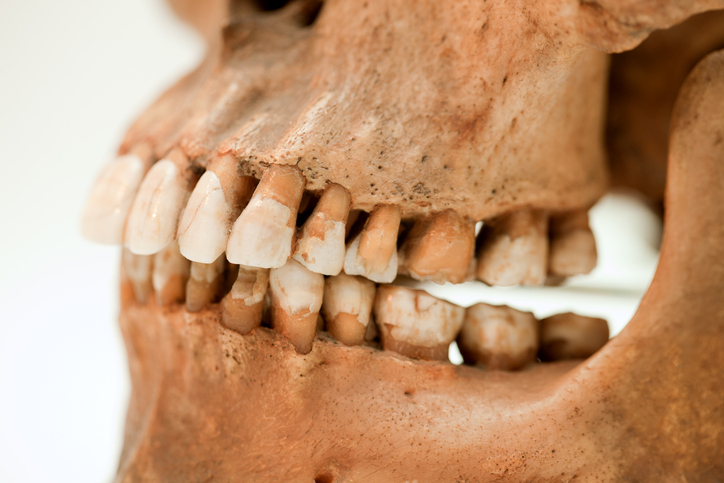 Bioarchaeologists apply enamel peptide analysis for the sex estimation of teeth at different stages of development, demonstrating its potential to revolutionise studies into childhood in the past.

Traditionally, archaeologists have relied on examining skeletal bones to identify the sex of human remains. But as these morphological differences do not appear before puberty, this limits the potential for studies into infancy and childhood in the past. While ancient DNA analysis provides a possible solution, it does not always preserve in archaeological contexts and is too destructive and expensive to use routinely.

Tooth enamel is a very hard, thin layer of calcified tissue covering the crown of the tooth. As this substance is highly resistant to deterioration over time, it is ideal for the biochemical sex estimation of archaeological human remains.

The process of enamel formation begins in the womb, with mineralisation continuing during childhood after the tooth erupts from the gum. The major proteins in enamel are ameologenins, which have two distinct sex chromosome–linked forms (AMELX and AMELY). Researchers have previously successfully extracted these peptides from tooth enamel of archaeological specimens for use in sex estimation.

But so far, this method has only been performed on a handful of non–permanent milk teeth – all of which were completely mineralised.

In a new study, published in the American Journal of Physical Anthropology, researchers investigate the application of enamel peptide analysis for estimating the sex of tooth samples at different stages of mineralisation.1

The team used an acid etching procedure followed by nano liquid chromatography-tandem mass spectrometry, to analyse 43 teeth collected from 29 people aged from 40 gestational weeks to 19 years of age. They successfully determined the sex of 28 of the individuals excavated from four sites in England. Only one sample failed, due to insufficient mineralisation of the sampled tooth enamel.

Overall, incompletely mineralised teeth tended to yield fewer peptides than those which were more developmentally advanced. This was true for both milk and permanent teeth for individuals of all ages, as demonstrated by looking at pairs of fully mineralised and just developing teeth from the same individual.

The team used ultrapure water generated from an ELGA PURELAB® laboratory water purification system to avoid introducing contaminants that may affect their results.

This study shows it is possible to recover enough peptide material from tooth enamel to determine sex, even from the crowns of developing milk teeth that are not fully mineralised.

As enamel peptide analysis is cheaper and less destructive than analysing ancient DNA, this has significant implications for bioarchaeological studies of infancy and childhood – as well as for studying adult skeletal remains from forensic or archaeological contexts that are too fragmented to reliably determine sex through bone morphology.

The technique can also contribute to the reliable, minimally destructive, and cost-effective identification of non–adult human remains in forensic contexts.