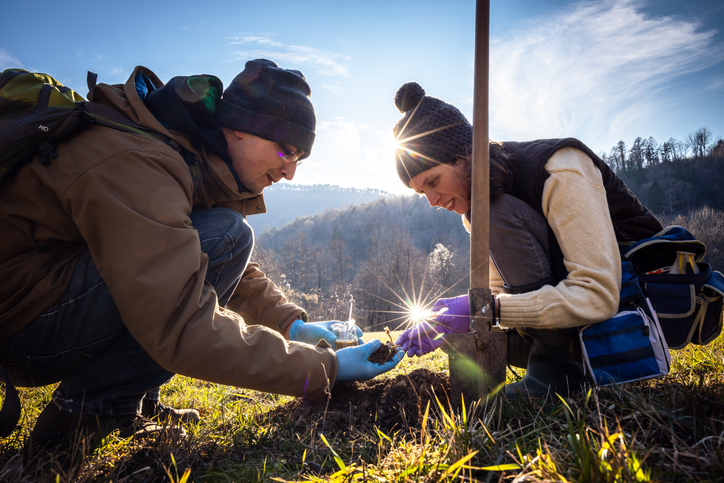 The presence of toxic alkaloids in lupins and their unknown environmental fate has led to their classification as an emerging pollutant. Researchers at the University of Denmark have developed a fast and robust UPLC-MS/MS protocol to determine alkaloid levels in these plants and the extent of any transfer to soil and pore water.

Lupins are a type of legume and four species – white, blue, yellow and Andean – are commercially grown with annual seed production exceeding one million tons. Commonly, the plants are used as an interim crop to reduce soil erosion, as well as acting as green manure thanks to their nitrogen-fixing ability. Lupins may also be set to be the next high-protein crop to rival the likes of soya in meat-substitute products, yet the presence of toxic quinolizidine (QAs) and indole alkaloids (IAs) limits their current use in feed and food products and has resulted in their classification as an emerging environmental pollution source.

All varieties of the plants contain alkaloids – mainly concentrated in the seeds – but levels can vary within the same species depending on the geographical location, time of year and soil characteristics. Over time, the terms ‘sweet’ and ‘bitter’ have been used to distinguish between lupins with low and high alkaloid levels respectively, yet cross-pollination and the presence of wild lupins make such distinctions hard to maintain. To safeguard human and animal health, as well as the environment, researchers at the Department of Plant and Environmental Sciences at the University of Copenhagen, Denmark, have demonstrated a fast and robust process to determine levels of QAs and IAs in lupins and surrounding soil and pore water samples.

The recent study1 reports on field trials in which yellow and narrow-leaved lupins were cultivated between May 2018 and March 2019 in Taastrup, eastern Zealand, Denmark. In all, seven pore water, 10 soil and 18 plant samples were collected over the trials. Water samples were taken using tension lysimeters and stored in glass bottles, which were pre-rinsed with Type I ultrapure water produced using an ELGA LabWater purification system.

Alkaloids were extracted from the plant and soil samples through a multistep process involving centrifugation, sonication and filtration, followed by solid-phase extraction. Subsequent separation by UPLC and detection on a triple quadruple mass spectrometer allowed the alkaloid levels in the samples to be analysed. The method was validated for alkaloids in both soil and water matrix samples.

This new protocol showed similar results to reported methods for plant tissue analysis but within a shorter time frame that the commonly used GC-MS approach for analysis, as well as offering a lower limit of detection and a shorter range of linearity. The results revealed that plant alkaloid levels increased as the crop grew, peaking at harvest time and with partial transfer to the soil and pore water via leaching after harvesting. September yielded the highest alkaloid soil levels, suggesting that plant deterioration is the major contributing factor to the transfer of alkaloids to the soil. Detectable levels of alkaloids in the soil and water remained for several months after the harvest, demonstrating the stability of the compounds during the colder, winter months.

The ease of lupin cultivation and the legume’s prospect as a viable alternative to soya makes it an attractive farming crop. However, if lupin farming increases, alkaloid levels and their environmental impact need to be carefully understood and monitored to ensure that microbial populations and upper groundwater are not adversely affected. Protocols as mentioned in this study will play a key role in developing appropriate policies and strategies to protect local water resources and minimise the build of up potentially poisonous alkaloid levels in the environment.

Why Choose ELGA LabWater in Denmark?

The presence of impurities in laboratory water can be a major problem in research experiments, and can seriously compromise results. ELGA LabWater has been a trusted name in pure and ultrapure water since 1937. We believe in providing you with water purification solutions that can meet a wide range of needs and applications, supported by excellent service and support. For more information on our Type I ultrapure water systems, check out our PURELAB Quest, PURELAB Chorus 1 Complete and our PURELAB Flex models.