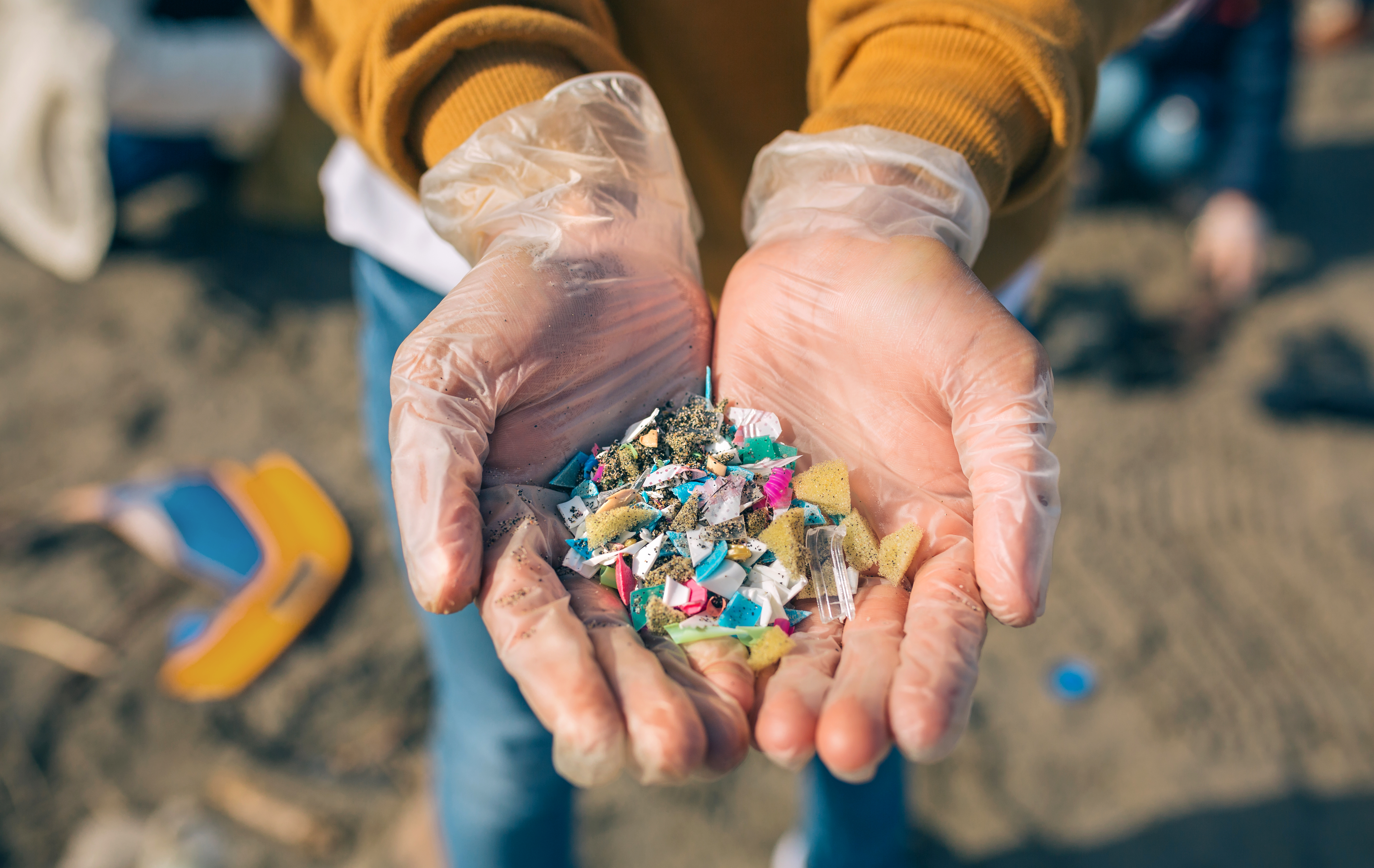 Surveys of tiny pieces of fragmented plastic – microplastics – have so far largely focussed on marine environments. A new study investigates their abundance in two of the most polluted urban rivers in Malaysia.

An estimated 12 million tonnes of plastics end up in the oceans and seas each year. As well as polluting the environment, wildlife can get entangled in large plastic debris or mistake it for food – with potentially devastating consequences. But the impact of microplastics, tiny particles of less than five millimetres in size that form when plastics are degraded, is more of a mystery. To identify how best to tackle these microscopic particles, we first need to establish the sources and effects of these plastic pollutants on the environment and on the health of organisms.

A crucial first step will be to develop a clearer understanding of the distribution, amount and types of microplastics within our aquatic environments. So far, most studies have focussed on our seas and oceans – but we also need to build a map of freshwater environments. The few studies carried out so far highlight variable patterns of abundance, particularly in rivers where fluctuations can occur due to seasonality or spatial distributions along the length of a river and its tributaries.

Researchers now carry out a preliminary study of the microplastics in sediment from Skudai and Tebrau Rivers, which both flow through densely populated areas in the Malaysian peninsula.1 Both are heavily polluted – with the predominant trash, plastics.

The researchers collected surface sediment samples from a single point in both rivers in December 2017. They preserved samples in sediment bottles, which were rinsed thoroughly three times with ultrapure water prepared from a PURELAB® Flex laboratory water purification system before use – to reduce the risk of introducing air-borne plastic contamination. As an additional precaution, they also prepared all chemical reagents using ultrapure water within a fume hood.

After extraction of microplastics using density separation, the researchers inspected the particles under a microscope, categorising them by their shape, colour and size – excluding microplastic fragments larger than 5 mm and smaller than 1 µm. The team’s results from this preliminary analysis found that the concentration of microparticles was much higher in Tebrau than Skudai River (680 ± 140 and 200 ± 80 particles per kg, respectively). The predominant particle size detected in both rivers was 1000 to 5000 µm, which accounted for more than 60 per cent of the total.

Microplastics In Other Rivers

Comparing their results with the handful of studies of other rivers around the world carried out so far, the concentration of microplastics was greater in the sediment from the Malaysian Rivers than found in the Ottawa River, Canada or in the Beijing River, China. They found similar levels to those identified in the Antuã River, Portugal and the River Thames, UK – but lower amounts than reported for the Scheult River, Belgium and the Rhine-Main River, Germany.

The researchers found that most of the microplastics were coloured, which is important to capture as this may influence the chance of aquatic organisms mistaking them for food. The most abundant shape was film – the same to that reported in a study of sediment from the UK’s River Thames. This preliminary work represents a baseline for monitoring microplastic concentration in two of the most polluted rivers in Malaysia. The findings demonstrate the importance of regulating the use of plastic materials and recycling initiatives to prevent this growing threat to our aquatic environments.