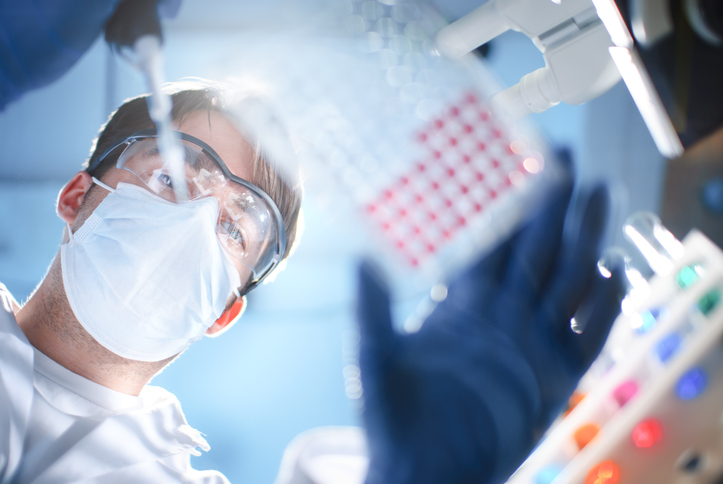 Looking through the scientific literature there are a great variety of applications involving analysis by liquid chromatography - tandem mass spectrometry (LC-MS/MS) covering the analyses of virtually all types of complex organic mixtures.

It is one of the most useful and valuable analytical techniques available. One thing that these applications have in common is that they all use ultrapure water (UPW). Modern LC-MS would not be half as powerful a technique if UPW were not used to minimise impurities in the preparation of samples, standards, blanks and mobile phases. These blogs are to remind the reader of the range of these LC-MS/MS and UPW applications in clinical research taking some recent examples of work reported using UPW from PURELAB Chorus 1 units.

LC-MS/MS is widely used to study the roles and fates of medicines and toxins in body fluids, plasma and hair. Roman Bellouard and colleagues1 reported on the simultaneous determination of B-lactam antibiotics in human plasma and cerebrospinal fluid. Sample clean-up included protein precipitation with acetonitrile followed by evaporation and reconstitution of the residue with mobile phase solvents. LC separation was on a C18 column with gradient elution with water and acetonitrile. Detection was by tandem MS. Total run time was only 8 min. It was used to perform therapeutic drug monitoring on over 2000 patients.

Cyanate is a toxin adversely affecting patients with chronic kidney disease and also Renkecz et al.2  developed a method to quantify cyanate in rat plasma and applied it to toxicokinetic bioanalysis. The cyanate was derivatized using aged solutions of anthranilic acid before determination by LC-MS/MS. There was scope to adapt the method to provide information on cyanate concentrations in patients with chronic kidney disease for therapeutic support.

Hair analysis is a very useful technique for monitoring exposure to drugs used in long-term therapy and in drug abuse, with applications in both forensic work and clinical toxicology. Jihyun Kim and his colleagues3  have developed and validated a rapid LC-MS/MS method to determine 8 antiepileptic drugs – 6 barbiturates and phenyltoin and topiramate - in segmented hair. Methanol was found to be the best extractant. The limits of detection were 0.01ppm for topiramate and 0.5ppm for the others. Hair from drug users showed levels of about 10ppm of phenolbarbital and 0.5ppm topiramate.