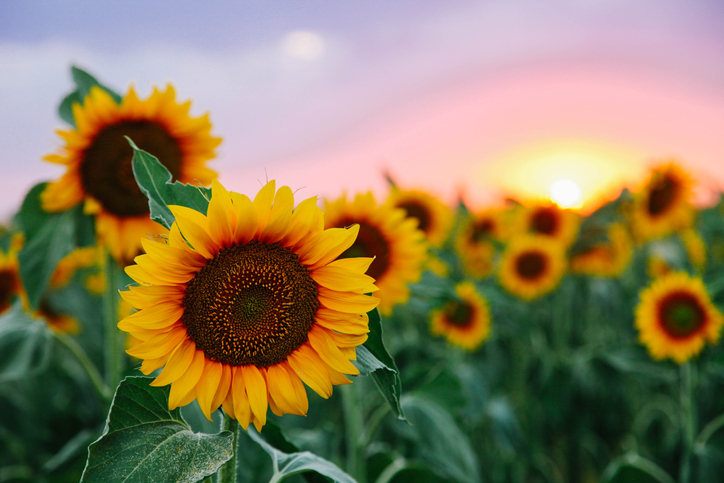 Heterotrophic plant species that are achlorophyllous and incapable of photosynthesis have been widely studied over the last couple of decades.

However, the source of reductant for fatty acid (FA) generation in non-photosynthetic tissues is unclear. Researchers at the Instituto de la Grasa, CSIC in Seville, Spain, and the John Innes Centre in Norwich, UK, have investigated the provision of carbon substrates and reducing power for FA synthesis in the heterotrophic plastids of developing sunflower (Helianthus annuus) embryos.

Fatty acid synthesis in plants occurs in plastids, starting with the formation of malonyl-coenzyme A (CoA) from acetyl-CoA and bicarbonate, which is catalysed by acetyl-CoA carboxylase. Acetyl-CoA cannot cross the plastid membrane, so it must be generated within the plastid itself using precursors that are made there or actively imported from the cytosol. The nature of these precursors – glucose-6-phosphate (Glc6P), dihydroxyacetone phosphate, phosphoenolpyruvate, pyruvate, malate, and acetate – for FA biosynthesis by plastids has been well studied.

The process also requires the provision of reducing power – in the form of NADPH and NADH – and can be correlated to the oxidative pentose phosphate pathway (OPPP). However, much of the data obtained to date is derived from the study of plastids that have both photosynthetic and heterotrophic properties. Relative rates of precursor consumption also vary depending on the plant species and the tissue examined during different stages of development. Researchers at the Instituto de la Grasa and the John Innes Centre have investigated which carbon precursors can be used by the heterotrophic plastids from sunflower embryos for the generation of the acetyl-CoA and the reducing power required for FA synthesis.1

Sunflower plants were grown in a glasshouse at 19-27 °C using light from sodium lamps, water from an ELGA® water purification system and Phostrogen fertiliser. Seeds were collected from the flower head at defined days after anthesis (DAA).

Literature protocols were used for the extraction and determination of oil, protein and starch content from homogenised embryos. Plastids were then isolated from developing embryos, and the intactness of the preparations were determined by the latency of enolase activity. Pyrophosphate-dependent phosphofructokinase (PFP) and NADP-glyceraldehyde-3-phosphate dehydrogenase (NADP-GAPDH) were used as cytosolic and plastid markers, to assess the enzymatic activity and the purity of the plastid. The incorporation of 14C from [1-14C]Glc6P into starch and release of 14CO2 via the OPPP were simultaneously measured. Carbon in FAs was examined by performing experiments involving the addition of washed plastids to a mixture containing a substrate – [1-14C]Glc6P, acetate, malate or pyruvate – with specific radioactivity between 5 and 54 GBq/mol. After purification, 14C products were resolved by TLC; the band containing the pure FA fraction was scraped from the plate and the radioactivity determined by scintillation counting.

Oil accumulation in sunflower embryos increased linearly between 12 and 25 DAA, while the main period of protein deposition was between 15 and 25 DAA. Starch content was less than 1.6 % of the combined total protein and oil content during seed development. The intactness of the plastid preparations was between 75 and 90 % in all cases. Less than 0.5 % of the total PFP activity and an average of 11 % of total NADP-GAPDH activity in the original homogenate was recovered in the same washed plastid preparations. The rate of incorporation of carbon from malate and pyruvate into FAs was saturated at 3 mM and 1 mM, respectively.

Studies revealed that plastids isolated from either 17 or 24 DAA embryos did not incorporate [1-14C]Glc6P into FAs. Malate supported the highest rates of FA generation at both stages. Using only pyruvate displayed FA production at 17 DAA when incubations included Glc6P. Addition of pyruvate to incubations containing unlabelled Glc6P increased OPPP activity – measured as 14CO2 release – whereas the addition of malate suppressed it.

The protocols in this study, combined with published literature, can be applied for future investigations that involve using isotope labelled substrates to better understand the mechanistic pathways, such as the citric acid or Krebs cycle, in other heterotroph plant species.

Why Choose ELGA LabWater in Spain?