Binding Of Alpha-Amylase With Flavonoids From The Lotus Leaf - China 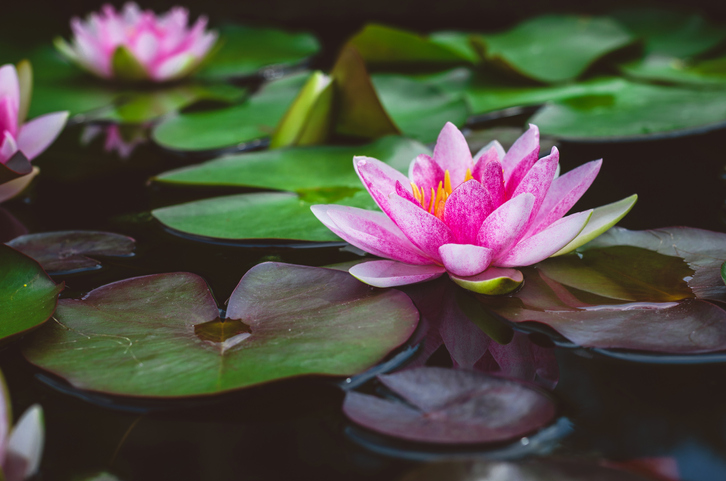 Lotus is a common aquatic plant that is popular in Asia, and is gaining growing interest due to the various benefits it possesses, in particular, the antioxidant properties of flavonoids in the lotus leaf.

Researchers at the Institute of Bast Fiber Crops, Chinese Academy of Agricultural Sciences, have screened 10 different flavonoids, extracted from the lotus leaf, and analysed its binding with alpha-amylase.

The lotus flower, leaf, root, and seed contain a lot of beneficial nutrients such as fibres, minerals, proteins, sugars and vitamins, making them useful as food additives and traditional herbal medication. The lotus leaf has proved effective for treating diarrhoea, fever, inflammation and haematemesis – to name a few – and possesses a variety of pharmacological properties. Flavonoids are a main functional component in the lotus leaf and are known antioxidants. They can also act as inhibitors of human alpha-amylase – hydrolyses starch into oligosaccharides – and are promising therapeutic targets for treating many diseases, including glycemia.

Researchers at the Institute of Bast Fiber Crops in China identified 10 flavonoids, extracted from lotus leaf, which were analysed by high performance liquid chromatography (HPLC). Centrifugal ultrafiltration combined with HPLC was used to screen, analyse, and evaluate the flavonoids for alpha-amylase inhibition and their 1,1-diphenyl-2-picrylhydrazyl (DPPH) antioxidant ability. The key interactions between these flavonoids and alpha-amylase were further studied by spectroscopic methods.1

Lotus leaf extracts were prepared by reflux extraction in 90 % in ELGA® ultrapure water of resistivity of 18.2 MΩ/cm, followed by solvent removal. HPLC analysis was used to confirm the existence of various flavonoids in the extracts before preparing standard curves for each compound for quantitative analysis.

Screening of alpha-amylase inhibitors from different flavonoids was conducted using centrifugal ultrafiltration combined with HPLC. Active alpha-amylase was obtained from ultracentrifugation, after initially incubating amylase (1× 10-5 mol/l in water) and sample (1 mmol/l in water) at 25 °C. High temperature processing gave a deactivated form of the enzyme, which was used as the control solution under the same screening procedures. The binding degree – an indicator for the binding strength between an enzyme and a ligand – was calculated by comparing the HPLC peak areas corresponding to active and deactivated alpha-amylase. The alpha-amylase inhibition, DPPH antioxidant activity, fluorescence quenching of alpha-amylase, and binding constants were also calculated using the absorbance and fluorescence intensity data for sample and control solutions, obtained from a UV-Vis spectrophotometer or fluorometer, respectively.

The binding degrees ranged from 2.34 to 94.1 %, with apigenin, kaempferol and isorhamnetin showing relatively higher alpha-amylase inhibition and degree of binding. The calculated quenching rate constant values were >2.0 × 1010 l/mol/s, suggesting that fluorescence quenching from the interactions between flavonoids and alpha-amylase could be static quenching. The binding constants of the 10 flavonoids were between 104 to 108 l/mol. Interestingly, it was found that hydrogenation of the C2=C3 double bond, hydroxylation on the 3 and 3’ positions, and glycosylation of flavonoids on position 3 affect the affinity for alpha-amylase. This shows that the hydrogen bond force might be important in the binding between alpha-amylase and flavonoids.

This study offers a viable design and protocol to conduct future screening and analysis of bioactive compounds in natural product sources that may have essential pharmacological properties, such as antiviral, antioxidant, anti-inflammatory and antimicrobial activities. This can potentially build on traditional medicine, to give a scope of newly found natural product-derived drugs.

Why Choose ELGA LabWater in China?

The presence of impurities in laboratory water can be a major problem in research experiments, and can seriously compromise results. ELGA LabWater has been a trusted name in pure and ultrapure water since 1937. We believe in providing you with water purification solutions that can meet a wide range of needs and applications, backed by excellent service and support. For more information on our Type I ultrapure water systems, check out our PURELAB Quest, PURELAB Chorus 1 Complete and our PURELAB Flex models.