What’s in your cup of coffee?

Measuring the impact of Steam Treatment 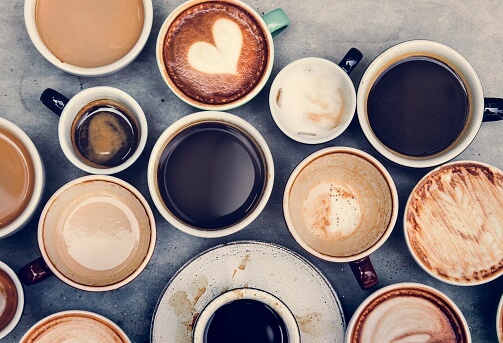 Drinking coffee is linked with a range of health benefits – but processing methods may impact on its bioactive compound profile and antioxidant activity. A new study explores the effects of steam treatment on defective roasted coffee beans.

Coffee is the most popular drink in the world, with more than 400 billion cups consumed each year. And there’s plenty of good news for coffee lovers, with several studies suggesting a host of potential health benefits offered by moderate and regular consumption – including a reduced risk of type 2 diabetes, Alzheimer’s, Parkinson’s strokes and certain cancers.

The drink’s antioxidant activity and its rich mix of bioactive compounds such as caffeine, trigonelline, chlorogenic acids, melanoidins and diterpenes, is widely attributed for its purported health benefits – but can the way that coffee beans are processed impact on the chemical profile that reaches your daily brew?

Making the most of defective beans

Coffee producers aim to harvest ripe fruit or cherry beans that will create the best quality product. But certain harvesting techniques mean that around 15 to 20% of coffee production can be made up of defective beans (black, immature and sour) – with their presence reducing the quality of the brew that reaches your cup.

Two main coffee bean species are cultivated for drinking: Coffea arabica (arabica coffee) and Coffea canephora (robusta coffee). Differing in taste and price, arabica beans tend to have a sweeter, softer taste than robusta – which are generally considered to be of inferior quality.

In an effort to improve the quality and flavour of coffee made from C.canephora beans, researchers previously identified a positive effect of steaming defective beans on the resulting brew – however, the payback may be an impact on its bioactive chemical profile and an associated potential reduction to its health benefits.

Analysing the impact of steaming

Researchers in Brazil carried out a new study to explore the effect of steam treatment on the profile of bioactive compounds and the antioxidant activity of roasted coffee made from defective C.canephora beans.1

The team collected C.canephora beans from the 2014/15 coffee harvest in Brazil, selecting out the defective beans. They steamed the crude beans with a variety of pressures and processing times followed by drying, medium roasting and grinding – and then analysed each sample to determine its bioactive compound profile and antioxidant activity, comparing the results with bean samples processed without steaming.

The water used to prepare all standards and solutions was obtained using an ELGA PURELAB® laboratory water purification system.

The researchers found that steam treatment reduces the levels of many bioactive compounds and the antioxidant activity of roasted coffee – with bioactive compounds generally at higher levels in conditions that combined a higher pressure steaming and shorter roasting time.

This study suggests that the steam treatment of defective coffee beans with longer times and lower pressures should be avoided to prevent the loss of bioactive compounds – and their potential health benefits.

ELGA LabWater has been a trusted name in pure and ultrapure water since 1937. Our dedication to pure water and only pure water is a guarantee that we will continue to provide the best solutions with the best service. To find out more click here.