Water In The Lab
Life in The Lab

Point of Use Packs fitted to Water Purification Systems 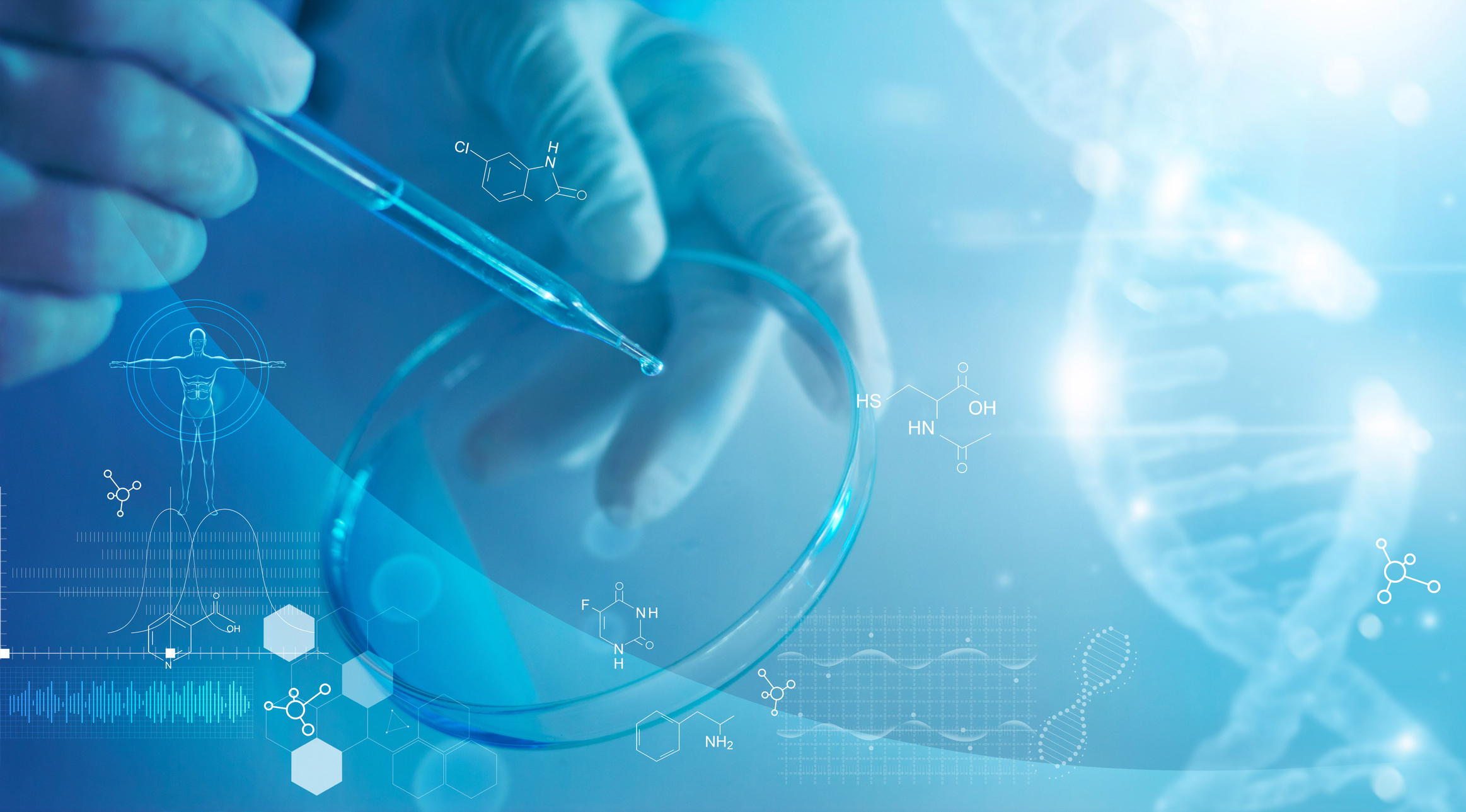 A number of different point-of-use (POU) packs are now available to fit on laboratory water purification systems. These are claimed to reduce the levels of specific types of impurity for particular applications. However, there are major concerns:

To assess if the contamination issues arise in practice, POU packs have been obtained and tested to measure how rapidly they rinse up. The packs were fitted to a water purification system producing ultrapure water with a resistivity of 18.2 MΩ.cm and a TOC of 5ppb. Post-pack resistivity and TOC were monitored on-line.
Multiple tests were carried out on the following types of POU pack:

The results are summarised in the table below. Prior to the rinse tests, pack C was flushed with 50mL methanol and then with ultrapure water for 10 minutes. Typical rinse profiles for resistivity and TOC for the various packs are shown in figures 1 and 2. 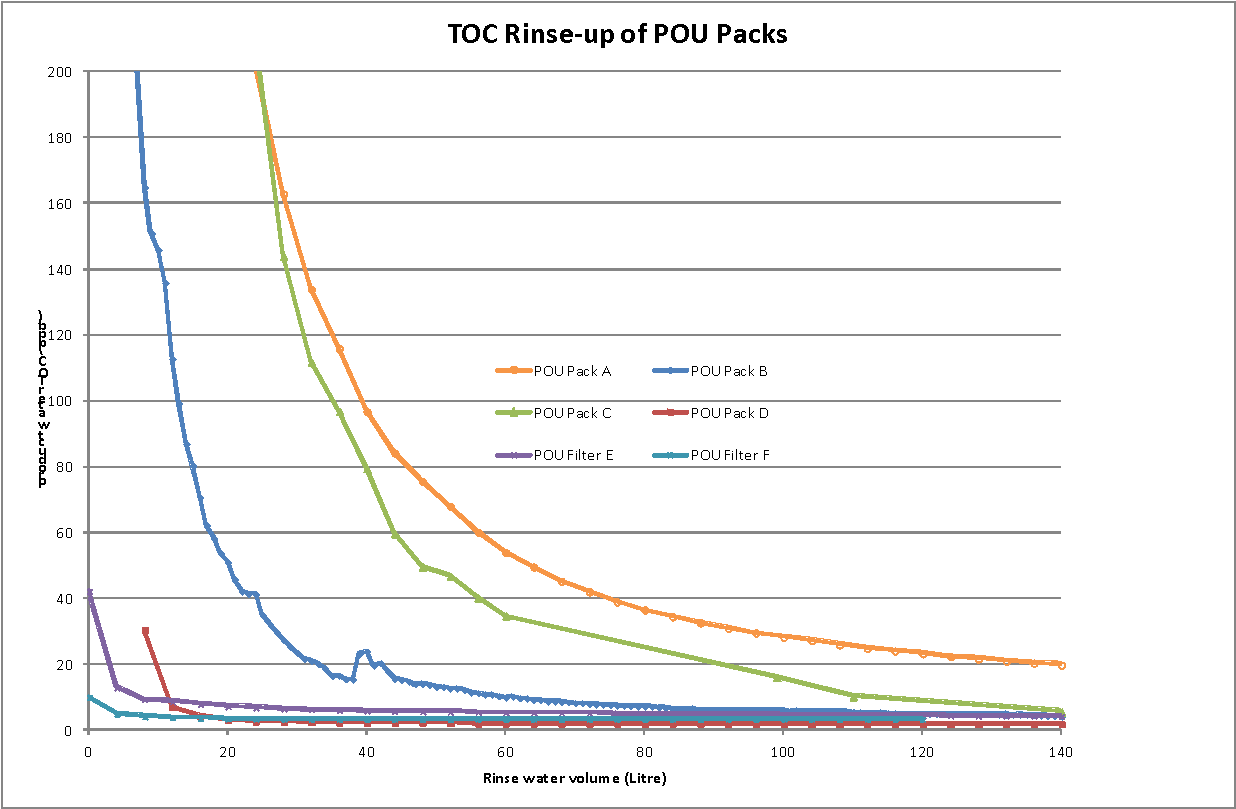 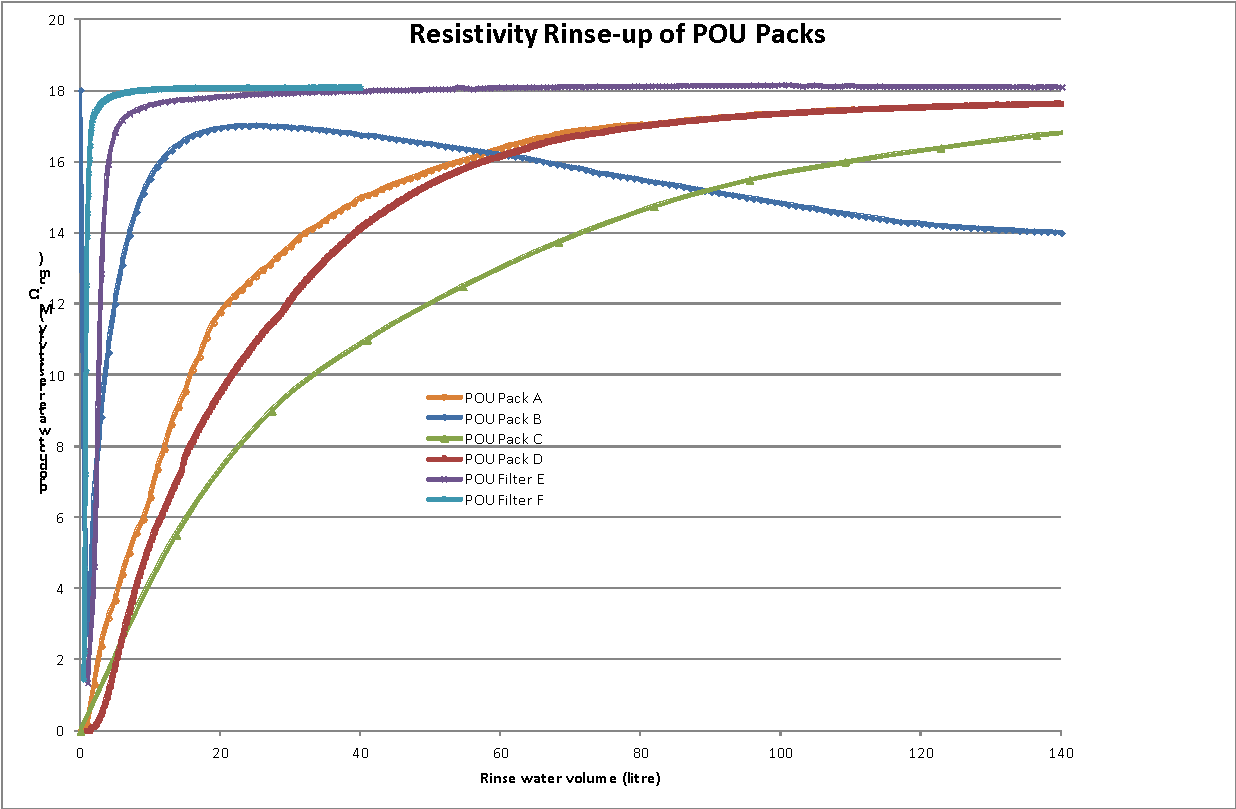 The POU packs showed varying rates of rinse-up. Packs A, B , C, and D all required over 100 liters of water to achieve a product water resistivity of >17.5 MΩ.cm. Pack B was unusual as it consistently rinsed fairly rapidly initially and then started to release further ionic contaminants; it did not reach 17.5 MΩ.cm even after 4000 liters! TOC rinse up was rather more consistent but packs A, B and C took over 100 liters to reach less than 10ppb. Pack A was particularly slow and the initial rinse water contained a TOC over 5000ppb.  In contrast, pack F, the 0.2µm micro-filter rinsed rapidly for both resistivity and TOC, as did pack E, the ELGA Biofilter.

The work described here validates the practice of fitting only micro-filters as POU devices in laboratory water purification systems. Installing any POU packs on the outlets of the system dispenser, long after any monitoring, must be viewed as a retrograde step both in principle for reasons outlined above and, as shown in practice, from the experimental results. Such POU treatments introduce a large volume of reactive and high surface area media after all monitoring has taken place.  In these situations, there cannot be validatable control of product water purity.