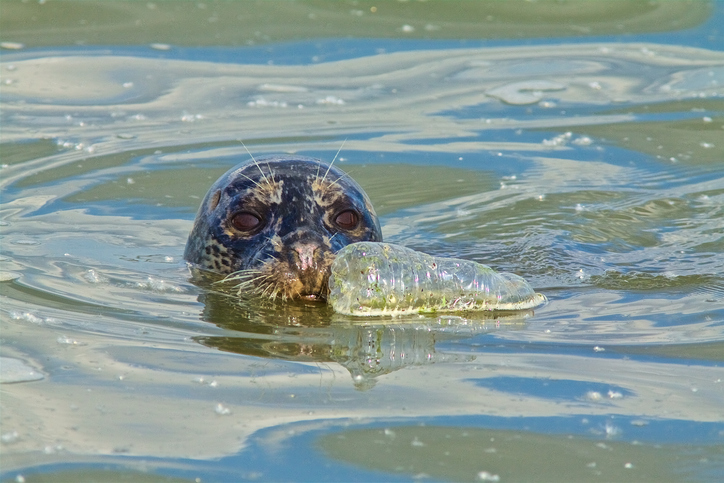 Phthalates are a widespread environmental pollutant – when consumed, they are known to negatively impact food-web stability, therefore ecological resilience of an ecosystem. Norwegian researchers are have collaborated to investigate the socio-geographic patterns of these chemical pollutants, and occurrences in liver tissue of harbour porpoises, along the coast of Norway.

Phthalates are synthetic organic chemicals that provide flexibility and elasticity to plastics, and are regularly used in different construction materials, as well as in offshore oil and gas drilling operations. They can cause adverse health effects – such as reproductive impairment and disruption of normal hormonal regulation – for a variety of organisms when consumed. Unfortunately, this often results in significant negative consequences for an ecosystem, because tend to leach into the surrounding environment since they are not strongly bonded to the material in which they are used.

These chemicals are found in abundance in the wider environment, which puts biological samples at risk of contamination during handling, preparation, and analysis. Consequently, the preference is to use phthalate metabolites. Researchers at the Norwegian University of Science and Technology (NTNU) in Trondheim, UiT The Arctic University of Norway and the FRAM Centre, both in Tromsø, the University Centre in Svalbard (UNIS), Longyearbyen, and Aarhus University in Roskilde examined correlations between geographic patterns of phthalate metabolites and occurrences in the liver of harbour porpoises along the coast of Norway. They also investigated the relationships between porpoise morphometric properties and liver phthalate metabolite concentration.1

Blubber, muscle and liver tissue samples were collected from 100 by-catch harbour porpoises from nine major areas along the Norwegian coast during autumn 2016 and winter 2017. Phthalate metabolites from these tissues were subsequently extracted and isolated for quantification. Standard stock solutions of 23 phthalate metabolites were also prepared for comparison to the in-field samples.

Samples were extracted and loaded onto a solid phase extraction (SPE) cartridge, after centrifugation and dilution in phosphate buffer. These cartridges were then washed, eluted, and analysed by HPLC-MS. Type I ultrapure water from an ELGA LabWater purification system was used throughout the extraction of metaboltes from samples, washing SPE cartridges, as well as for preparation of the aqueous mobile phase during HPLC-MS analysis.

Overall, 10 different metabolites were detected in liver tissue samples, nine in muscle tissue, and six in blubber samples. This study was the first to report phthalic acid (PA) in tissues of marine mammals, which was found in high concentrations in liver samples. This discovery is useful, because PA can be used as a non-specific biomarker for overall phthalate exposure.

A significant negative correlation was also found between PA, body mass, and total length, which may be related to dietary differences among animals with differing morphometric properties. There were no correlations with either porpoise body mass or length properties for the other identified metabolites. These results indicated that, overall, the uptake and biotransformation – eg. metabolic – process of phthalates in harbour porpoises may be more efficient in larger individuals.

The value of the sum of the five highest median phlalate metabolite concentrations (Σ5PhMet) was lower for porpoises collected along the coastal area of Nordland and Finnmark – the least populated and most distant locations from active oil and gas fields. The Σ5PhMet concentrations around Finnmark demonstrated a significant positive correlation to human population, suggesting a concentration dependence to human coastal development and offshore activities. In contrast, an increasing concentration trend – not explained by population densities – was observed from south to mid-Norway (Nordland). This is more likely due to the intense fishing and aquaculture activities, the dynamic tourism industry, as well as plastic pollution, which has significantly impacted the marine ecosystem.

This study outlines a novel, more efficient approach to assessing phthalate exposures in the marine environment. It is also the first ever study to document phthalate metabolite concentrations in marine mammals. The study identified that it may be possible to use these animals to trace phthalate pollution in the marine environment, providing a potential proxy of marine food-web health, and subsequent ecosystem functioning.