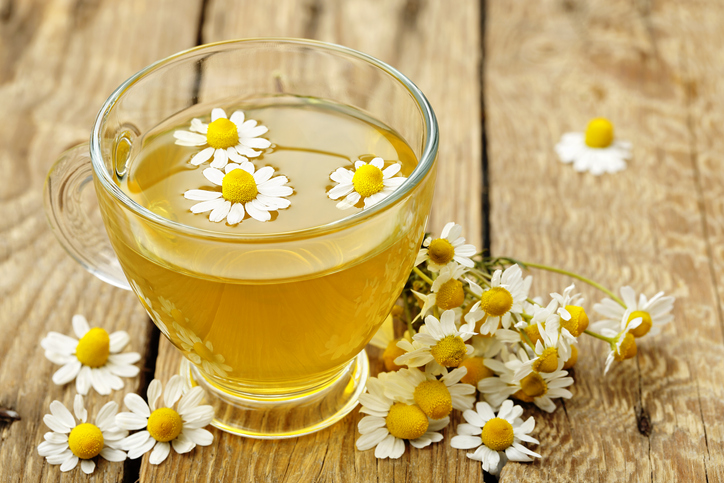 A graphene-based electrochemical sensor device could offer a fast, cheap and accurate new way to detect contaminants in chamomile tea – helping to protect consumers from harm.

Chamomile tea is a popular herbal tea enjoyed by people all over the world. Made by infusing the dried flowers of the Asteraceae plant family in hot water, it has been consumed for centuries as a natural remedy for several health conditions.

But there is growing concern that tea drinkers may be exposed to potentially dangerous contaminants. Plants that are grown in contaminated soil can absorb toxic heavy metals, such as lead and cadmium, which can subsequently transfer into the drink during infusion. And the long–term exposure to heavy metals, even at low levels, can have a wide–range of negative effects on human health – especially as these substances can build up in the body over time.

Although a variety of analytical techniques are available to monitor heavy metals in tea, each has some disadvantages including cost, complexity – or the impossibility of carrying out the analysis in the field.

In a new study, published in Chemosensors, researchers explore the potential of an electrochemical sensor device for the detection of cadmium and lead in chamomile tea.1

The researchers synthesised a nanocomposite based on reduced graphene oxide modified with antimony nanoparticles. Scanning electron microscopy of the new material revealed it had a typical twisted and wrinkled structure, which boosted its electronic properties compared to unmodified graphene.

The team then carried out a series of experiments to measure the ability of the proposed sensor to detect cadmium and lead. They found that it could simultaneously detect both metals in the range of 0.2 to 3.0 µmol/l, with limits of detection of 70.03 and 45.5 nmol/l, respectively. When detecting each substance individually, these limits were even lower – 20.50 nmol/l for cadmium and 2.01 nmol/l for lead.

However, in the real-world, teas may contain other substances that may interfere with the capability of the sensor to detect cadmium or lead. So the researchers evaluated the impact of some common potential interferents – caffeine and drinking water (which may also contain silver or copper ions) – finding that neither had a drastic influence on the response of the sensor to the metals.

Finally, the team showed that the sensor could successfully detect lead and cadmium in real chamomile tea samples which they had infused and then enriched with both metals.

The researchers used ultrapure water generated by an ELGA PURELAB® laboratory water purification system throughout their experiments, minimising the risk of adding contaminants that could affect their results.

In this study, a graphene-based nanocomposite was designed and tested for the selective detection of cadmium and lead. The proposed sensor showed good limits of detection for both the simultaneous and the individual determination of these heavy metal ions.

The electrochemical sensor could successfully detect cadmium and lead within real camomile tea samples. Such a device could eventually offer a fast, cheap and accurate way to monitor samples for the presence of heavy metals in tea – helping to protect the safety of consumers.