Monitoring the safety of honey 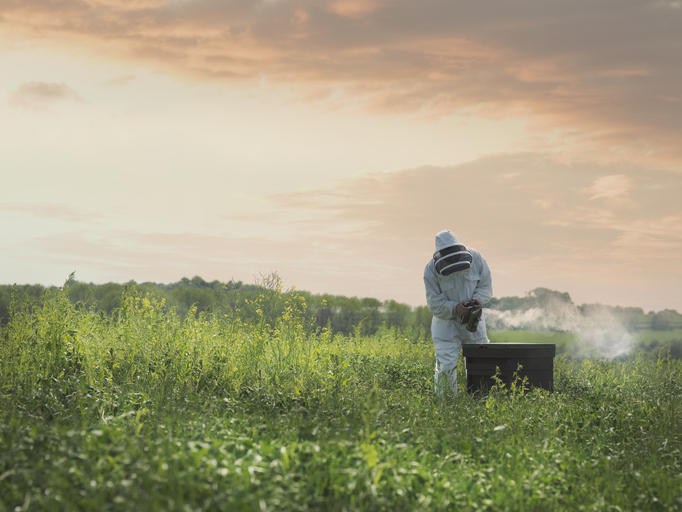 A new study highlights differences in the contamination profile of natural toxins found in local and retail honey of Italian and foreign origins.

Pyrrolizidine alkaloids (PAs) are toxins produced by an estimated 6,000 plant species worldwide. As bees forage on the flowers of PA-producing plants, these chemicals can contaminate products such as honey - raising potential health concerns for regular consumers, particularly toddlers and children.

Italy produces around 15 thousand tonnes of honey each year and is also the sixth-largest honey importer worldwide. Among Italian consumers, 41% prefer to buy honey from large retailers, 29% purchase it directly from beekeepers while 24% and 6% get their supplies from local markets and discount stores, respectively.

As some evidence has suggested that consumers who regularly eat locally produced unblended honey could be exposed to up to double the levels of PAs than consumers of retail honey, it is important to monitor the levels of these contaminants in products of different origins.

A variety of honey samples

In a new study, published in the Journal of Food Composition and Analysis, a team examined the profile of PAs, and their N-oxide metabolites (PANOs), in honey samples from different origins.1

The researchers analysed 775 honey samples collected from local beekeepers from the Veneto and Basilicata regions of Italy, large retailers and online stores, using a validated liquid chromatography-tandem mass spectrometry (LC-MS/MS) method for the detection and quantification of 17 PAs/PANOs.

While 55% of samples tested positive for at least one of these contaminants, only 4.3% contained levels thought to pose a potential risk to consumers. Samples collected from local beekeepers contained 6.7- and 3.3-times lower levels than those from large retailers of Italian and foreign origin, respectively.

The panel of 17 PAs/PANOs were selected to represent three groups of plant families: senecioine-type (S-type), lycopansime-type (L-type) and heliotrine-type (H-type). Contaminated honey samples from local beekeepers mainly showed an S-type profile while those from the retailers had an L-type profile, providing clues to the plants responsible.

The team demonstrated that a machine learning approach could predict the origin of a honey sample based on its contamination profile, with an accuracy of 0.74.

For all experiments, the team used ultrapure water generated from an ELGA PURELAB® laboratory water purification system to minimise the risk of introducing contaminants that may affect their results.

These results indicate that honey samples produced by local beekeepers in these regions can be considered safe to eat - and it would be a good strategy to monitor S-type producing plants, such as Senecio species, to remove hives when they are flowering.

The LC-MS/MS analyses combined with machine learning approaches could be useful for predicting honey origin based on its contaminant profile, checking non-compliant samples that could pose a risk for the consumer, and helping local beekeepers choose the best areas for setting up their beehives and producing honey without PA/PANOs, according to the season and year of production.

As PAs/PANOs production by alien species can be influenced by climate change, biogeographical origin, season, and plant development, it remains important to keep monitoring local production and educating beekeepers about the potential hazards to human health.

23 May 2022
Ensuring the quality of CBD oil
16 May 2022
When did he die? Paper-based micro-fluidic devices for forensic sciences
9 May 2022
Biodegradation- a Key Factor in Understanding the Fate of Chemicals in the Environment
2 May 2022
A new method for toxaphene analysis in marine animals
18 Apr 2022
Contamination of Food – an Ever-present Need for Analysis
11 Apr 2022
Occurrence of pesticides in Dutch drinking water sources
11 Apr 2022
Making the perfect cold brew coffee
4 Apr 2022
Abwasser von Nanopartikeln reinigen