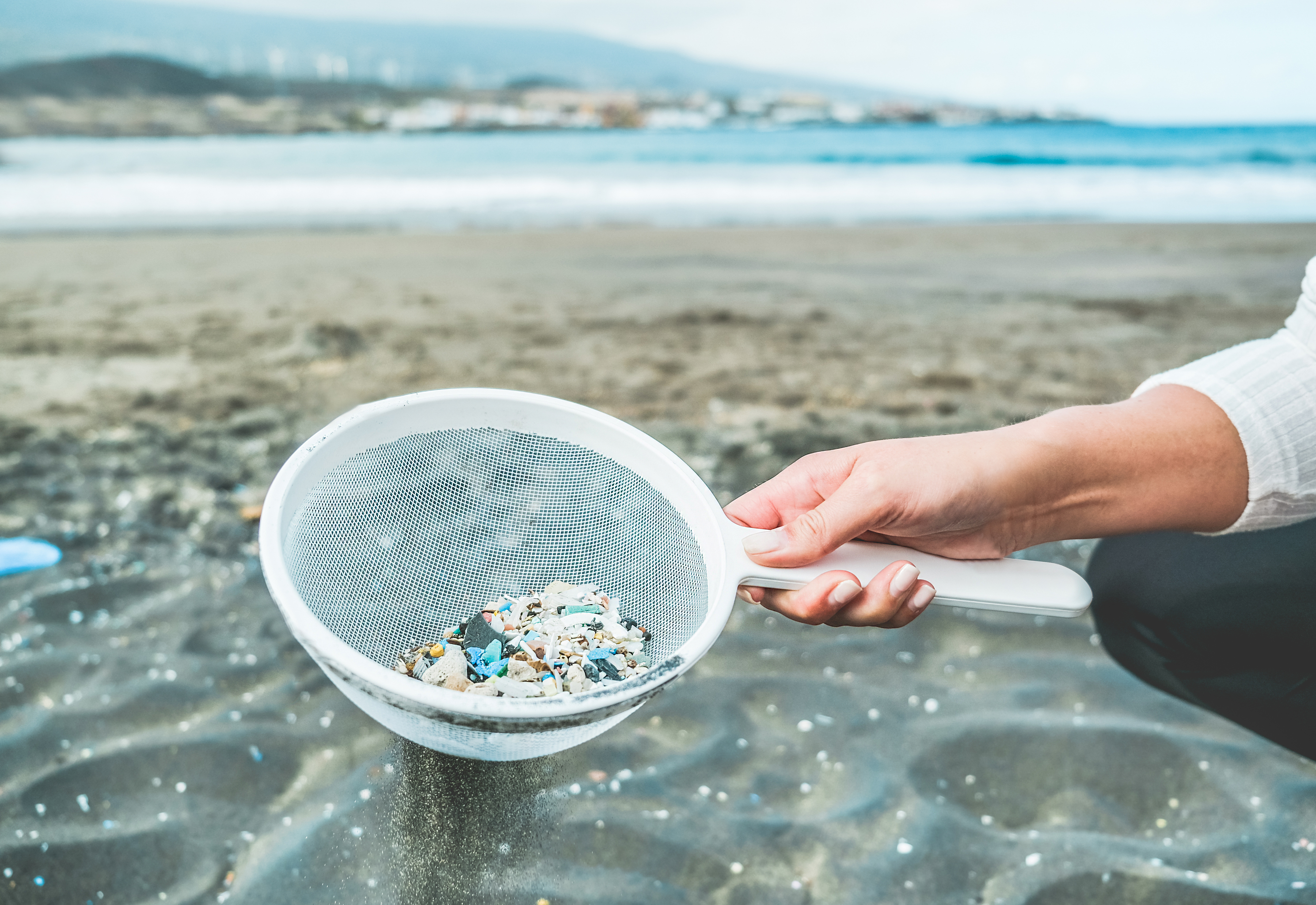 Microbeads have featured in the news a lot recently, with reports suggesting New Zealand will be the latest country to consider a ban on their use in cosmetics. But what are they, and why are they being banned?

Microbeads are small plastic particles – typically between one micrometre and one millimetre in diameter – that can be added to bathroom products, such as hand wash, exfoliating scrubs and even toothpaste. They’re most commonly made from polyethylene or other plastics such as polypropylene or polystyrene, and are employed as exfoliating agents (tiny skin scrubbers) or used to give lotions that silky smooth feeling.

Whilst not all products contain microbeads, those that do often include them in their hundreds of thousands. In fact, the non-profit 5 Gyres Institute claims that a single tube of facial scrub can contain over 330,000 of the things!

Why Do They Pose A Threat?

Who’s not in favour of a perfect complexion, right? Here’s the catch. Once you’ve finished pampering yourself, these plastic particles proceed down the plughole, passing straight through the filters of wastewater treatment plants to end up in our rivers, lakes and oceans.

This is problematic as a whole host of marine wildlife can mistake them for food – with one study suggesting that some young fish actually prefer eating plastic to plankton. Unfortunately, the same investigation also found that microbeads stunted the fishes’ growth and gave rise to less active animals that were more susceptible to predators.

Microbeads not only clog up aquatic species’ digestive systems – the plastic particles can actually absorb and concentrate other toxins in water. When ingested in large numbers, these toxins can be absorbed into the fish itself and accumulate up the food chain, potentially ending up on our dinner plates. Studies have shown that around a quarter of fish caught off the coast of California (destined for human consumption) contained man-made plastics and fibres. Whilst a report by the European Food Safety Authority, found no conclusive evidence to support significant uptake in humans from seafood, it did recommend further studies into the potential effects of plastic-related bioaccumulation.

Will Banning Microbeads Help Clean Up Our Water?

In light of these concerns, a number of countries have taken steps to ban microbead-containing products. In 2015, the US government passed the Microbead Free Waters Act, which will begin phasing out microbead products from July this year. Following in the US’s footsteps, the UK announced last year that a phased ban of microbead-containing cosmetics and cleaning products would be put in place by the end of 2017, with Ireland also recently stating its intention to introduce a similar ban later this year.

Whilst the bans will accelerate the process of taking microbead products off supermarket shelves, consumer pressure is already having an effect. A number of major UK supermarkets have already dropped microbeads from their own beauty products, with some major cosmetics companies, such as Unilever, replacing them with natural alternatives like ground walnut shells. Other multinationals are following suit, with brands including L’Oréal and Estée Lauder pledging to phase them out by the end of 2017.

However, when it comes to the wider issue of plastic pollution in our seas, even an immediate global ban on microbeads would be something of a drop in the ocean. One survey estimates that as much as 236,000 metric tons of plastic are floating about globally. Despite innovative plastic removal projects, such as the Ocean Cleanup programme, one of the most effective ways to stop the problem getting worse is to prevent plastics ending up there in the first place.

The microbead saga demonstrates that with the right pressure on governments and businesses, we can take positive action to make our waters cleaner.