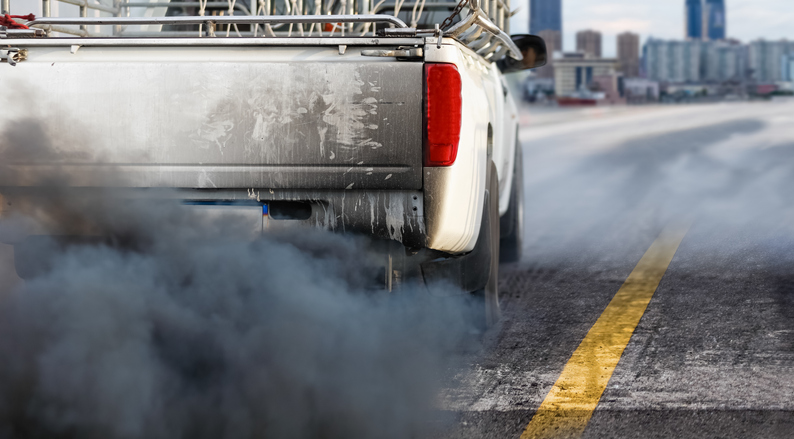 Exposure to particulate air pollution and traffic noise increases the risk of cancer, cardiopulmonary disease and cardiovascular disease, and may cause oxidative stress.

Researchers at Lund University, Sweden, and the University of Copenhagen, Denmark, have investigated the controlled exposure to diesel exhaust from a combustion engine vehicle and traffic noise to assess the effects on oxidative stress and activation in mononuclear blood cells.

Traffic-derived air pollution and noise not only share the same source but, more importantly, also have similar adverse health effects. Air pollution and exposure to particulate matter (PM) from diesel exhaust (DE) have been shown to cause lung cancer and cardiopulmonary disease. While PM has been directly associated with oxidative stress-induced genotoxicity and carcinogenesis, the impact of local traffic noise is not well understood, despite evidence that it is an important risk factor for cardiovascular disease and linked to breast cancer.

Studies also suggest that these two factors affect similar mechanistic pathways and might even interact with each other. Researchers at Lund University in Sweden and the University of Copenhagen in Denmark have conducted a human exposure and ex vivo study to establish the effects of PM and traffic noise on inflammatory response and, more specifically, changes in widely used biomarkers of oxidative stress and DNA damage in peripheral blood mononuclear cells (PBMCs) obtained from peripheral blood samples and urine.1

The human part of the study exposed 18 individuals to DE and/or traffic noise inside a specially designed chamber for three hours, with PBMCs collected immediately before and after. DNA was extracted by the comet assay, and then the films from electrophoresis were washed in Tris buffer, rinsed with ELGA® water (ultrapure water of resistivity of 18.2 MΩ cm-1) and dried in 96 % ethanol. DNA damage was assessed by the levels of DNA strand breaks, formamidopyrimidine DNA glycosylase- and human 8-oxoguanine DNA glycosylase (hOGG1)-sensitive sites. The gene expression markers – inflammation, oxidative stress and DNA repair – were measured using RT-PCR. Urine was collected before and after the exposure, and 8-oxo-7,8-dihydro-2ꞌ-deoxyguanosine (8-oxodG) concentration was measured.

For the ex vivo study, diesel exhaust particulate (DEP) samples were prepared by extraction with methanol and suspension in ELGA water. The requisite DEP suspension in ELGA water was firstly used to determine the size distribution of particles by nanoparticle tracking analysis, before being added to venous blood samples and incubated for three hours in the dark. After the incubation, whole blood was assessed for reactive oxygen species (ROS) production in leucocyte subtypes, lymphocytes, monocytes and granulocytes.

Controlled exposure to high concentrations of DE, with or without traffic noise, revealed no apparent effect on DNA damage, however, exposure to high noise levels resulted in significantly increased levels of hOGG1-sensitive sites in PBMCs. Previous studies using different designs have demonstrated that uncontrolled exposure to air pollution increased levels of 8-oxodG in urine, although, in this study, that was not the case.

The controlled study offers a viable design and protocol to conduct future investigations. While there was a surprising lack of genotoxicity, inflammation and oxidative stress in PBMC, longer exposure may show detrimental effects. Concerns with the increased levels of hOGG1-sensitive sites when exposed to noise could potentially be assessed further using a larger population and a diverse subject demographic.

Why Choose ELGA LabWater in Sweden?

The presence of impurities in laboratory water can be a major problem in research experiments, and can seriously compromise results. ELGA LabWater has been a trusted name in pure and ultrapure water since 1937. We believe in providing you with water purification solutions that can meet a wide range of needs and applications, backed by excellent service and support. For more information on our Type I ultrapure water systems, check out our PURELAB Quest, PURELAB Chorus 1 Complete and our PURELAB Flex models.