Immunoassay – Examples of Sources of Interference and their Effects 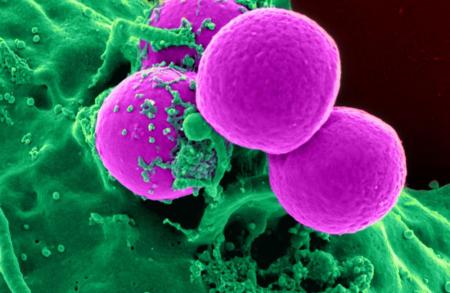 An immunoassay is a biochemical test that measures the presence or concentration of a molecule in a solution (usually serum or urine) through the use of an antibody (usually) or an antigen. The molecule detected (the analyte) is in many cases a protein, although it may be other kinds of molecules as long as suitable antibodies are available.

Interference in immunoassay may lead to the misinterpretation of a patient’s results and the wrong course of treatment being prescribed or a serious problem missed, with, potentially, very serious medical and financial implications. Causes of interferences can be broadly classified as:

A wide range of interferences can arise from biologically active species that are present in the sample. Species that can alter the measurable analyte concentration in the sample include hormone binding proteins and autoanalyte antibodies; while heterophile antibodies and human anti-animal antibodies can alter antibody binding. Cross-reacting species also result in over- or underestimation of sample analyte concentration if an immunoassay reagent contains antibodies directed toward molecules other than the antigen of interest. Cross-reactivity with drugs and their metabolites may be a problem for the measurement of steroids by immunoassay and hormone binding globulins can alter the measurable analyte concentration in the sample either by their removal or by blocking the analyte.

Autoantibodies can cause interference in both non-immunoassay and immunoassay methods for a number of analytes including macro-enzymes (creatine kinase, amylase), thyroid hormones in both free and total forms, thyroglobulin, insulin, prolactin and testosterone. False-positive or false-negative values may arise, depending on whether the autoantibody-analyte complex partitions into the free or the bound analyte fraction.

Heterophile antibodies interfere with immunoassays by a non-competitive mechanism. Heterophiles can bind to the conjugate, enzyme, or other parts of the detection system in reagent-limited assays, mainly of the non-RIA type, and cause interference in assays for steroid hormones, thyroid function tests, and digoxin.Other proteins that affect antibody binding and can interfere in immunoassays include complement, lysozyme and paraprotein.

Cross-reaction is a problem in diagnostic immunoassays where endogenous molecules with a similar structure to the measured analyte exist or where metabolites of the analyte have common cross-reactive epitopes, and where there is administration of structurally similar medications.

Chemical and Other interferences

Other interferences can arise from the effects of reagents added to stabilise samples, to enhance other tests or to mask interferences. The effects can be multi-stage and complex. They are usually dependent on concentration but not proportionally so. Those compounds that could also be introduced as contaminants in the purified water used in the assay process are discussed in more detail below.

EDTA is added typically at a concentration of 1 to 2 mg/mL of blood. It acts as an anticoagulant (by binding Ca needed for coagulation) and as a chelating agent.  It inhibits alkaline phosphatase, creatine kinase and leucine aminopeptidase activity.

Chelating agents, such as EDTA and citrate, do not directly inhibit serine proteases, but they do limit the activation of proteases in the coagulation system by interfering with calcium-mediated surface binding and by allowing inhibitors to dominate<

Citrate is also added as an anticoagulant by binding calcium ions. Trisodium citrate in a 109 mmol/L or 129 mmol/L solution is preferred for coagulation testing. It can inhibit both aspartate aminotransferase and alkaline phosphatase by the chelation of cations.

Sodium fluoride is added typically at a concentration of 2 mg/mL of blood as an antiglycolytic agent. It can affect many enzymatic immunoassays because of its enzyme inhibitory activity. Fluoride may also interfere with electrolyte measurements by altering cell membrane permeability and promoting haemolysis by red blood cell ATP with subsequent potassium efflux. It also affects urease for urea estimation

Sodium fluoride was found to inhibit human salivary amylase at concentrations above 50 mmol/L. This may be through fluoride-induced removal of calcium as the activity and stability of α-amylase has been shown to be dependent on the presence of chloride and calcium.

Potassium oxalate is added typically at a concentration of 1 to 2 mg/mL of blood. It is another calcium-chelating anticoagulant often combined with antiglycolytic agents (sodium fluoride and sodium iodoacetate) that can decrease haematocrits by as much as 10% by drawing water from cells into plasma. Oxalate can also inhibit several enzymes, such an amylase, lactate dehydrogenase, and acid and alkaline phosphatase and may precipitate calcium ions. Binding of cations present in serum, e.g., Mg2+ or Ca2+, to drugs or proteins, can change antigen conformation and the measurable analyte concentration.

Surfactants are commonly used to decrease non-specific adsorption, but they must be carefully selected and optimized for immunoassays since, at high concentrations, they may cause the loss of antibodies passively adsorbed onto the solid support beads used in immunoassays.

Importance of Interferences in Immunoassay.

Interference in immunoassay is one factor that contributes to the uncertainty of medical testing. Laboratories should be aware of the potential for interference in all immunoassays and how such results may cause misinterpretation of a patient’s results and a subsequent wrong diagnosis and unwarranted treatment. The recognition of such aberrant test results requires constant surveillance by both laboratory and doctor. One potential source of chemical interferences, the purified water, can be eliminated by choice of a purpose-designed system to produce high-purity water.

25 May 2020
Fancy A Glass Of Mango Wine?
17 May 2020
Tackling Antibiotic Resistance Using DNA
12 May 2020
It’s Not Just Pure Drinking Water That Saves Lives
12 May 2020
5 Things Every Clinical Scientist Should Know About The Risks Posed By Not Using CLRW Grade Water
10 May 2020
A Comprehensive Approach for Characterising Therapeutic Antibodies
3 May 2020
Ensuring The Nutritional Quality Of Powdered Infant Formulas
26 Apr 2020
Is It Safe To Eat Brown Crab?
19 Apr 2020
A Step Closer To Roadside Cannabis Sensing