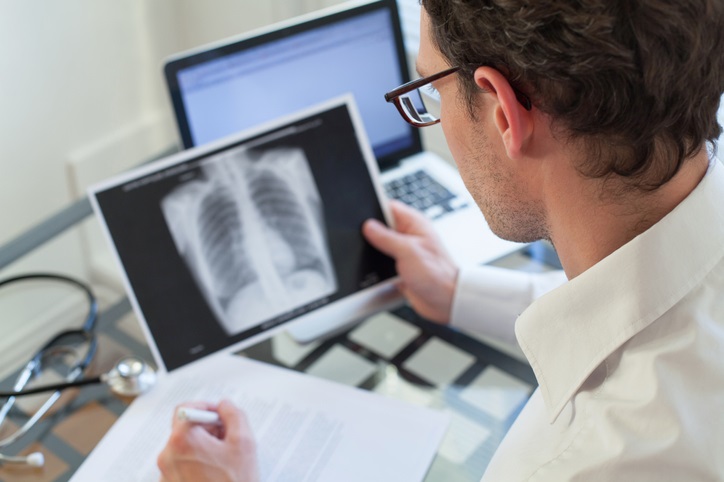 Current tuberculosis therapy uses a combination of four different drugs, including rifampicin and isoniazid. There was a clear need to develop a new improved product that contained these antibiotics in combination, leading researchers at the Department of Pharmaceutical Analysis at NIPER in SAS Nagar to investigate the specific sites along the gastrointestinal tract at which these drugs are absorbed.

Rifampicin and isoniazid are antibiotics used to treat bacterial infections, including tuberculosis. In the currently recommended treatment protocol, they are prescribed alongside pyrazinamide and ethambutol for two months, then solely as a rifampicin-isoniazid combination for a further four months. Fixed-dose combination products containing multiple drugs are used to avoid the risk of monotherapy occurring. However, previous research findings have found that the bioavailability of rifampicin in the stomach is decreased by the presence of isoniazid. This is of major significance when considering the worrying increase in anti-tuberculosis drug resistance and the narrow therapeutic margin of rifampicin for treating tuberculosis effectively. There is only 1 mg/kg difference between the prescribed dose of rifampicin and the minimum dose in the body at which it is effective against the causative agent of tuberculosis.

One possible solution to design an improved combination product could be to release rifampicin and isoniazid in separate areas along the gastrointestinal tract. However, whether this would succeed in practice is unknown, as there is limited information on where exactly the two antibiotics are absorbed. Researchers at the Department of Pharmaceutical Analysis at NIPER in SAS Nagar, India, have performed permeability studies in the gastrointestinal tract of rats, looking at the drugs separately and when present together, to resolve this gap in current knowledge.

The NIPER study¹ investigated the permeability of rifampicin and isoniazid in the stomach, duodenum, jejunum and ileum of rats, at doses of 2.4 and 1.2 mg/ml respectively. Buffers were prepared using ultrapure water generated by an ELGA LabWater purification system, to create the pH of corresponding areas of the gastrointestinal tract. Under anaesthesia, the gastrointestinal tract was divided into loops and 1 ml of drug suspension was injected into each loop. The presence of any drug in the loop contents, and any tissue accumulation of drug in the mucosa, was analysed by high performance liquid chromatography. In order to correlate the permeability data, the solubility of rifampicin was determined at the pH of each buffer solution, as was the decomposition of both rifampicin and isoniazid in the different pH buffer solutions.

The study revealed that the main sites of absorption along the gastrointestinal tract differ for rifampicin and isoniazid, with rifampicin best absorbed in the stomach and duodenum, and isoniazid mainly absorbed through the intestine. Rifampicin permeability percentages were highest in the most acidic conditions, which correlates with its highest absorption rate being in the acidic environment of the stomach. In agreement with previous research, it was shown that, when given in combination with isoniazid, rifampicin levels decreased at a faster rate inside the stomach and jejunum and thus was less well absorbed. The researchers attributed this to the fact that rifampicin is degraded due to catalysis by isoniazid. Conversely, the permeability of isoniazid was not affected by the presence of rifampicin.

The study showed the feasibility of producing fixed-dose combination products containing both rifampicin and isoniazid without negatively affecting the bioavailability of rifampicin. The key to success would be to design a delivery system able to release the two drugs at different sections of the gastrointestinal tract, to prevent them interacting with each other to the detriment of rifampicin bioavailability in the stomach.

Why Choose ELGA LabWater in India?

The presence of impurities in laboratory water can be a major problem in research experiments and can seriously compromise results. ELGA LabWater has been a trusted name in pure and ultrapure water since 1937. We believe in providing you with water purification solutions that can meet a wide range of needs and applications, backed by excellent service and support. For more information on our Type I ultrapure water systems, check out our PURELAB Quest, PURELAB Chorus 1 Complete and our PURELAB Flex models.