Degradation of metaldehyde through photolysis of TiO2 and H2O2 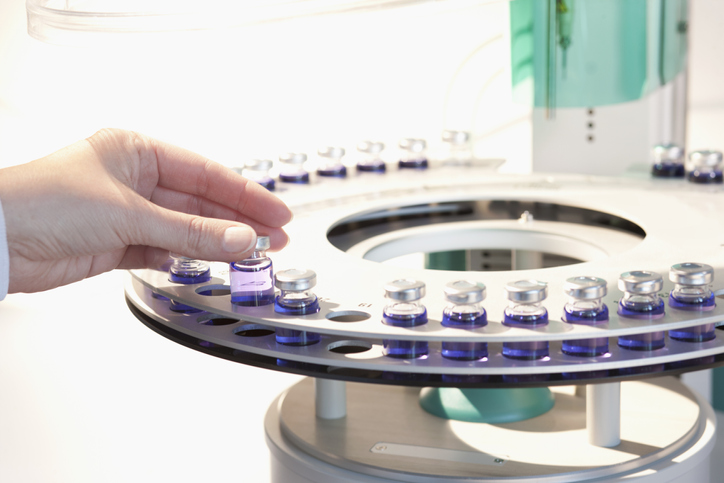 Advanced oxidation processes (AOP) have been shown to be effective when treating drinking water to remove micropollutants, including those that are not susceptible to conventional purification protocols. UK scientists at Cranfield University, in collaboration with Severn Trent Water, have therefore studied the photodegradation of the pesticide metaldehyde by UV activated TiO2 and H2O2.

AOP is a group of destructive reaction processes that can be used to regulate micropollutants in water. A common approach in AOP is to activate different chemicals – such as TiO2, H2O2 and H2O2/Fe3+ – using UV light, producing highly reactive hydroxyl radicals (∙OH). Several studies have been conducted to assess various ∙OH forming compounds’ ability to remove organic pollutants, both from natural and laboratory grade water, which suggest that H2O2 is the most effective choice. However, it was also acknowledged that this conclusion may not hold for all pollutants and types of water. This ambiguity motivated the scientists at the Cranfield Water Science Institute, Department of Environmental Science and Technology, Cranfield University, Bedfordshire, to collaborate with Severn Trent Water in the West Midlands to investigate the matter further, studying degradation of the pesticide metaldehyde through photolysis of TiO2 and H2O2.1
Metaldehyde is commonly found in slug pellets and has been widely used in agriculture, horticulture and domestic gardens since 1970. Although it is considered a simple compound that is only moderately soluble in water, it has been found in treated drinking water as well as ground and surface water in the UK. The difficulty in successfully removing this pollutant has caused hundreds of water treatment plants in the country to fail inspection by the Drinking Water Inspectorate (DWI). Although there has been progress in the removal of metaldehyde from drinking water in recent years, more efficient methods are needed.

Laboratory grade water was prepared using a PURELAB® system from ELGA LabWater. Surface water was collected from a reservoir in the Severn Trent Water region, stored at 4 °C and filtered prior to the experiment. Metaldehyde was extracted from aqueous samples by solid phase extraction using styrene-divinylbenzene cartridges. The cartridge was then conditioned, rinsed, dried and treated with dichloromethane followed by further drying. The substance was then analysed by gas chromatography-mass spectrometry and high-performance liquid chromatography.

The study showed that, under optimal conditions, both UV/H2O2 and UV/TiO2 had the same capacity to remove metaldehyde from laboratory grade water. There was, however, a big difference in the performance of the two methods when natural water was used instead. TiO2 adsorption was already limited by
metaldehyde needing to be close to the TiO2/liquid interface for a reaction to occur and, since natural water contained background organic matter, the efficacy was further reduced when non-target molecules attached to the surface. Luckily, UV activated H2O2 gave much better results; an irradiation of 600 mJcm-2 and an H2O2 concentration of 8 mM removed 95 % of metaldehyde. Interestingly, when the concentration of H2O2 was increased to 100 mM, the efficiency decreased and only 45 % of the metaldehyde was degraded. This was explained by the fact that at higher concentrations H2O2 starts to compete with the pesticide for the ∙OH molecules, which play the main role in the degradation reaction.

UV-based AOP is currently the only method that can efficiently remove metaldehyde from water. This method is, however, costly compared to traditional pathways, since there are no LED light sources that can deliver high doses of UV radiation in an economic manner. For UV/AOP to work on a large scale it is necessary to research cheaper ways to provide the required energy input.

The presence of impurities in laboratory water can be a major problem in research experiments, and can seriously compromise results. ELGA LabWater has been a trusted name in pure and ultrapure water since 1937. We believe in providing you with water purification solutions that can meet a wide range of needs and applications, backed by excellent service and support. For more information on our Type I ultrapure water systems, check out our PURELAB Quest, PURELAB Chorus 1 Complete and our PURELAB Flex models.
1 Autin O et al. 2012. Comparison of UV/H2O2 and UV/TiO2 for the degradation of metaldehyde: Kinetics and the impact of background organics. Water research 46: 5655-5662.