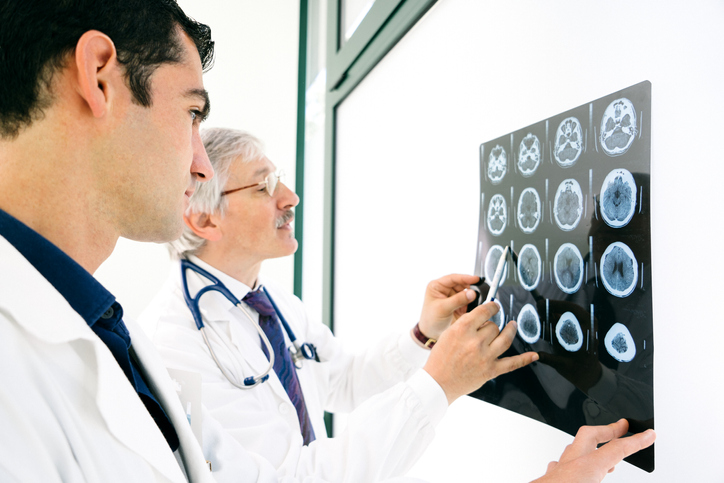 In the UK, 100,000 people have strokes every year. Damage to brain tissue that occurs during a stroke can result in serious disability or even death. When the brain gets injured, it cannot regenerate new connections, blood vessels or tissue structure.

The extracellular matrix (ECM) is an extensive three-dimensional (3D) network of proteins and other molecules that surround, support, and give structure to cells and tissues. During injured tissue regeneration, the ECM plays a central role in controlling and coordinating various cellular events by binding and releasing proteins secreted from cells and promoting cell adhesion.

Researchers are developing artificial ECMs for use in tissue regeneration strategies. These range from fibrous scaffolds made of synthetic or naturally-derived polymers, to systems using molecules that can spontaneously self-assemble into well-defined and stable structures.

Self-assembled peptide hydrogels – made from the building blocks of proteins – offer several advantages as artificial scaffolds for tissue regeneration. The ability to incorporate full-length protein molecules (such as growth factors) into these new biomaterials could open further opportunities for their therapeutic application.

The researchers designed a jigsaw-shaped self-assembling peptide – which was inspired by the dynamic self-assembling properties of natural short peptide sequences found in proteins such as glycophorin A. The new material, which they called JigSAP, forms several-micrometer-long supramolecular nanofibers to afford a hydrogel under physiological conditions.

The molecular- and macro-scale supramolecular properties of the jigsaw-shaped self-assembling peptide hydrogel allow the efficient incorporation and sustained release of vascular endothelial growth factor (VEGF), which is secreted by many cells and promotes the growth of new blood vessels. The team then showed that a single injection of the JigSAP peptide incorporating VEGF-JigSAP improved blood vessel formation and protects nerve cells from death in a mouse model of stroke.

The researchers used ultrapure water generated from an ELGA PURELAB® laboratory water purification system for their experiments, minimising the risk of introducing contaminants that may affect their results.

In this study, researchers develop a self-assembling peptide hydrogel which, when loaded with VEGF, showed regenerative therapeutic effects in a mouse stroke model.

The new technology requires the simple design of various types of full-length proteins incorporating into and releasing from self-assembling JigSAP peptides. The method can be broadly applied to the sustained release of various growth factors, as well as to other biotherapeutics – such as antibody drugs and cell transplantation scaffolds.