It’s that time of year again where we pay tribute to the most-unlikely heroes of 2015. We’ve selected the latest water-based research from the Ig Nobel prize winners of 2015. You’ll have to forgive us a few of the links are a bit tenuous but we do hope you enjoy these aquatic accolades as much as we did.

How do you unboil an egg?

Its 7am and you’re staring at a pot of water on the stove, literally waiting for it to boil, bobbing amidst the bubbles, an egg. The thermal energy gently untangling the proteins in the egg-white, denaturing their innate structure forcing them to form new bonds with other likewise proteins until they amass in a solid state of the all-time breakfast favourite, a boiled egg. A mere moment away from sheer egg-soaked soldier bliss as your toast pops to perfection you decide you’d rather not have a boiled egg today. In the unlikely event that you would rather lather some sort-of jam concoction on your toast – could you unboil that egg? Turns out you can! Prof. Raston from Flinders University in Australia was awarded the 2015 Ig Nobel prize for Chemistry for his work showing pretty much that. His team dissolved the hard-boiled egg white in urea and used a vortex fluid device (VFD) to apply shear stress to the denatured proteins. The difference in velocity within the solution caused the proteins to stretch, contract and ultimately reassemble into their native slimy state. Now sadly this won’t actually work inside an egg shell because the solution will need to spread throughout the egg white but the applications of this goes beyond your wavering breakfast decisions. This ‘eggceptional’ technology could be of great benefit to the food, fuel and pharmaceutical industries, particularly for protein-containing drugs.

All about number one

Researchers at the Georgia Institute Technology (GT) in Atlanta have occupied themselves using high-speed videography and flow-rate measurement to elucidate the hydrodynamics of urination. (In case you were wondering here’s a video of an elephant unwittingly taking part in their study.) Turns out that the duration of urination does not change with body size. Having analysed 41 independent anatomical and urological studies they found that all mammals weighing above 3kg empty their bladder in about 21 seconds (give or take 13 seconds). They suggest this is down to a longer urethra in larger animals affording them a higher flow speed due to greater gravitational force. Looks like the So Solid Crew were onto something all those years ago with their song ’21 seconds to go’. Pity they didn’t get the 2015 Ig Nobel for Physics like this crew at GT.

Kiss it all better

An apple a day may keep the doctor away but a kiss a day will keep your hay fever at bay. A study conducted by Hajime Kimata in Japan investigated the effect of a 30 minute kiss (while listening to soft music) on the allergic response to house dust mites and Japanese cedar pollen. The results showed that this saliva exchange session was able to reduce the response to these allergens in patients with allergic rhinitis (aka the sniffles) and atopic dermatitis (eczema). He received the 2015 Ig Nobel prize for Medicine in conjunction with Slovakian-based researchers who reported a prevalence and persistence of male DNA in the saliva samples of their female counterparts after intense kissing.

More stories from this year’s Ig Nobel prize winners including the likes of chickens walking like dinosaurs, fortunate (and less fortunate) places to get stung by bee, using speed bumps to diagnose acute appendicitis, a mathematical explanation as to how an African emperor fathered 888 children and the convergent linguistic evolution of the word ‘Huh?’ can be found here. Or to learn more about the pioneers who have gone before them check out our previous blogs in this series.

If you’ve heard of any obscure and thought-provoking research be sure to let us know in the comments below so we can sing their praises in our next ‘Improbable water heroes’ blog. 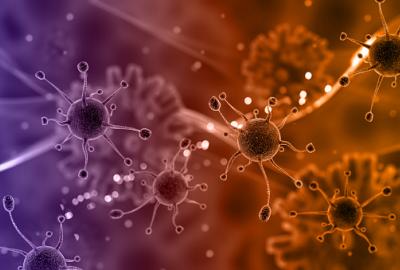 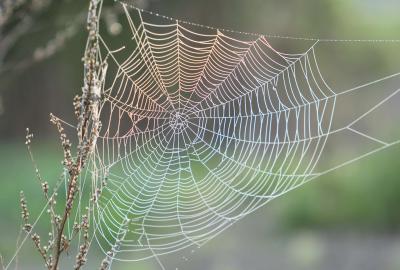