ELGA PURELAB in the Discovery of New Antimicrobial Peptide

Excessive prescription of antibiotics for relatively minor ailments and failure to complete treatment courses has meant that bacteria have, in some cases, developed robust resistant mechanisms to medications. When bacteria develop antibiotic resistance, they can require higher doses of medications or a different medication entirely, in order to treat an infection. If a bacterial strain becomes resistant to several types of antibiotics, it is known as a ‘superbug’ and can be notoriously difficult to treat. The prevalence of antibiotic resistance is increasing and becoming more of a threat to public health because conventional antibiotic treatments are no longer effective against some bacterial strains, resulting in patient death in extreme cases.

A recent study by Abdurraouf Zaet et al. highlighted a promising solution to the pressing issue of antibiotic resistance in the form of host defense peptides (HDPs).(1) HDPs are found naturally as part of the innate immune response and operate by disrupting bacterial membranes. This disruption process is rapid and non-specific, meaning that HDPs have the potential to target a variety of different bacterial species and strains. The non-specificity of HDPs is advantageous for therapeutic applications as it means the likelihood of a bacterial strain developing resistance is lower in comparison to some traditional antibiotics. For the cultivation of all bacterial cell cultures throughout this study, an ELGA PURELAB® Option was used to ensure the bacterial growth media was free from microbial contamination.(2,3) 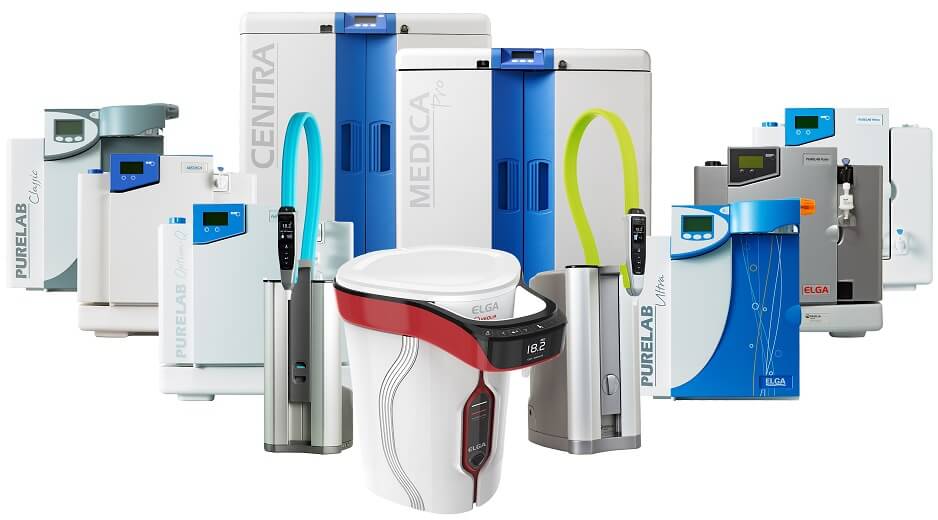 There are many potential HDPs that could be of use in the fight against antimicrobial resistance but in their paper, Abdurraouf Zaet et al. show that Cateslytin (Ctl) looks like a promising candidate for pharmaceutical development. Ctl is a short, linear chain of 15 amino acids, and is therefore relatively easy and cheap to synthesize. As well as this, it is stable at high temperatures and under low pH conditions, and in addition to being antibacterial, Ctl is a powerful antifungal agent.

Traditionally, the variety of Cateslytin known as L-Ctl has been used for its antimicrobial properties, and is accepted as being effective against Staphylococcus aureus. However, L-Ctl can be degraded by enzymes present in bacteria, making it unsuitable as an antibacterial agent for therapeutic purposes. Therefore, Abdurraouf Zaet and his colleagues investigated an alternative form of Cateslytin known as D-Ctl.

Each amino acid can exist as two enantiomers, known as D- and L-forms, which are mirror images of each other. D-Ctl has the same amino acid sequence as L-Ctl, but every amino acid is in the mirror image D-conformation rather than the L-conformation. By using a mirrored version of each amino acid in the HDP, bacterial enzymes can no longer target the catalytic site, and therefore cannot inhibit the antibacterial effects of D-Ctl. With the aid of pure, deionized water dispensed from an ELGA PURELAB Option, bacterial strains, including multidrug resistant Escherichia coli and MRSA, were cultured under sterile conditions and subsequently, the antibacterial properties of D-Ctl were characterized.

D-Ctl was shown to be stable for all of the bacterial cell cultures that were tested. It also proved to be more efficient as an antibiotic than L-Ctl and showed a lack of susceptibility to resistance. One of the major side effects of conventional antibiotics, as well as some HDPs, is that they can display cytotoxicity and damage the intestinal tract in humans. Remarkably however, when tested, D-Ctl displayed no cytotoxicity to cultures of human intestinal epithelia. Overall, the findings suggest D-Ctl could potentially be considered for pharmaceutical development as a broad-spectrum antimicrobial in the future.

The bacterial species used throughout this study for the physicochemical analysis of D-Ctl was multi-drug resistant Escherichia coli. The bacteria were cultured in Luria Broth (LB) made with deionized water dispensed from an ELGA PURELAB Option. Pure deionized water was important for making the LB media to prevent microbial contaminants in the water supply from potentially affecting the validity of the results and therefore the conclusions of this study. In this way, ELGA’s PURELAB Option has supported the discovery of a promising antimicrobial in our fight against antibiotic resistance.

Check out the latest addition to the PURELAB Range