In part 1 of this blog series, we highlighted three super science innovations of 2017. In part 2 below, we focus on three more research breakthroughs from 2017 that could revolutionize our healthcare and change the lives of many people around the world. Read on to find out how a new CRISPR-based gene targeting method can now safely correct faulty DNA; how novel multi-organ-on-chip models are driving forward drug discovery; and how the development of a new net-like material could bring hundreds of millions of people life-saving access to clean water. 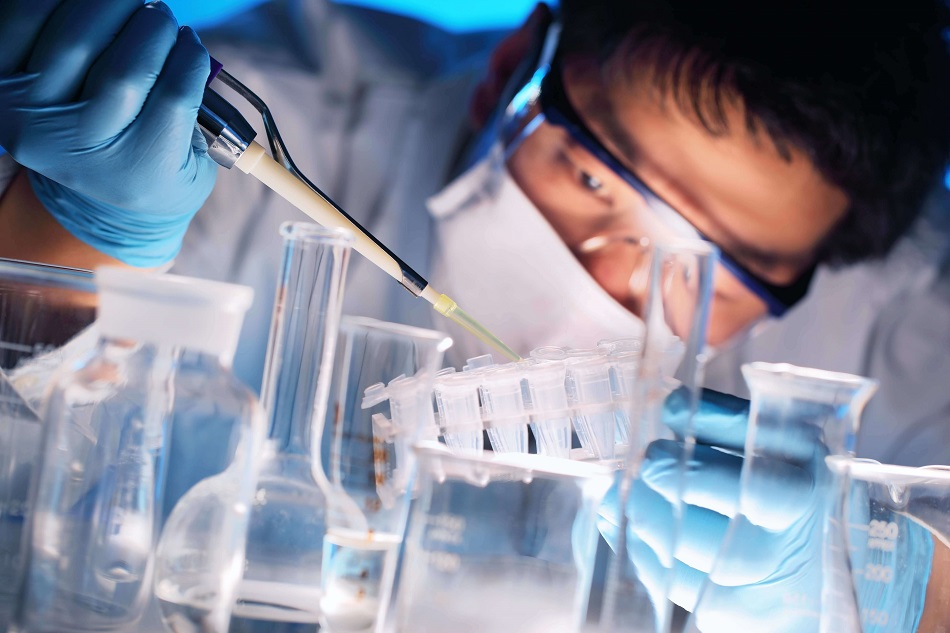 Today, one in ten people around the world lack access to safe water.1 So, wouldn’t it be great if we could pull water out of thin air? Well, researchers at the Massachusetts Institute of Technology (MIT) and the University of California, Berkeley, in the United States, are now able to do just that.

The researchers have developed a so-called ‘water harvester’ that uses only ambient sunlight to extract atmospheric water out of the air. This is an untapped water resource equivalent to about 10% of all the freshwater in lakes on Earth!
​
The innovative device consists of a special material, called a metal-organic framework (MOF), made of the chemicals zirconium and fumarate. The MOF can be thought of as an ultra-fine net that, with the right configuration, can efficiently sift water vapor out of the air – the first time this has ever been done.

The study, published in Science earlier this year, found that by heating up the MOF in the sun and then forcing the water vapor through a condenser, 2.8 liters of clean water can be produced in just 12 hours, even in humidity levels as low as 20-30%.2 Amazingly, this is a much lower humidity level than that found in some deserts and the researchers believe that with further engineering, they could double this capacity!3

By removing the need for electricity and using a free energy source – the sun – this is potentially both a cheap and efficient solution to supplying millions of people living in arid environments and in the developing world, with a clean water supply.

Although traditionally restricted to just two-dimensional in vitro models, in recent years, three-dimensional (3D) models have been created as more accurate models of human biology to advance research.

Advances in microengineering have enabled the replication of complex microenvironments of specific human organs, by incorporating small devices into 3D models, known as ‘organs-on-chips’ (OoCs). However, these have so far characterized only a single organ, and so could not recapitulate the many organ-to-organ interactions that we see in the human body – until now.

Researchers at Philip Morris International (PMI Science) have managed to successfully connect human tissues from the lung and liver, in a novel multi-organ-on-chip (MOC) in vitro model for toxicity testing. At the recent 10th World Congress on Alternatives and Animal Use in the Life Sciences, the researchers presented findings showing that the lung-liver MOC holds both lung and liver tissues in a stable state together for at least four weeks.4 The liver tissue also showed normal metabolic function after exposure to the key carcinogenic components of tobacco smoke (nicotine and nicotine-derived nitrosamine ketone).

Such MOCs have fantastic potential to reduce the need for animal testing, and offer physiologically relevant human models that can improve the translation of in vitro research to create new medicines for patients.

They could also enhance drug development research by highlighting potential side effects, predicting dose responses, and detecting drug resistance5, as well as reducing the failure rate of new drugs in clinical trials, which is currently estimated at between $800 and $1.4 billion for anticancer drugs alone.6

Genetic diseases are often caused by single gene mutations that we inherit from our parents. The recent development of the precisely targeted CRISPR-Cas9 gene editing technology has started to give us the essential tool we need to correct these germline mutations.
However, the potential for harmful off-target effects (that is, when the wrong genes are edited by mistake) and major regulatory hurdles have prevented it from entering clinical trials until recently.

Yet, a team of researchers from a variety of institutions in China, the Republic of Korea, and the United States, have recently developed a new CRISPR-based gene targeting method that does not appear to cause any off-target effects.

The study, published in Nature last month, used a homologous wild-type maternal gene, instead of the usual synthetic DNA template, to repair double-strand breaks at the mutated DNA site to produce the desired change in human embryos.7

For the first time, the scientists were able to successfully remove a genetic mutation that causes hypertrophic cardiomyopathy, a disease that leads to a thickening of the heart’s muscular wall causing sudden cardiac arrest in young people. They reported an unusually high success rate at removing the intended genetic mutation (72%) compared to other studies using conventional CRISPR-Cas9 methods.

As such, this is the first study to demonstrate gene editing as a safe, accurate and efficient tool, for correcting a pathogenic gene mutation in human embryos, and so could go on to prevent genetic transmission of disease in future generations.

We hope you have enjoyed reading about these three amazing research discoveries as much as we have! It is hard to believe that they are just the tip of the iceberg in this exciting era of technological innovation and research development. We can only look forward to even more ground-breaking discoveries in 2018 and beyond!